Three instances when three batters scored a ton in an ODI 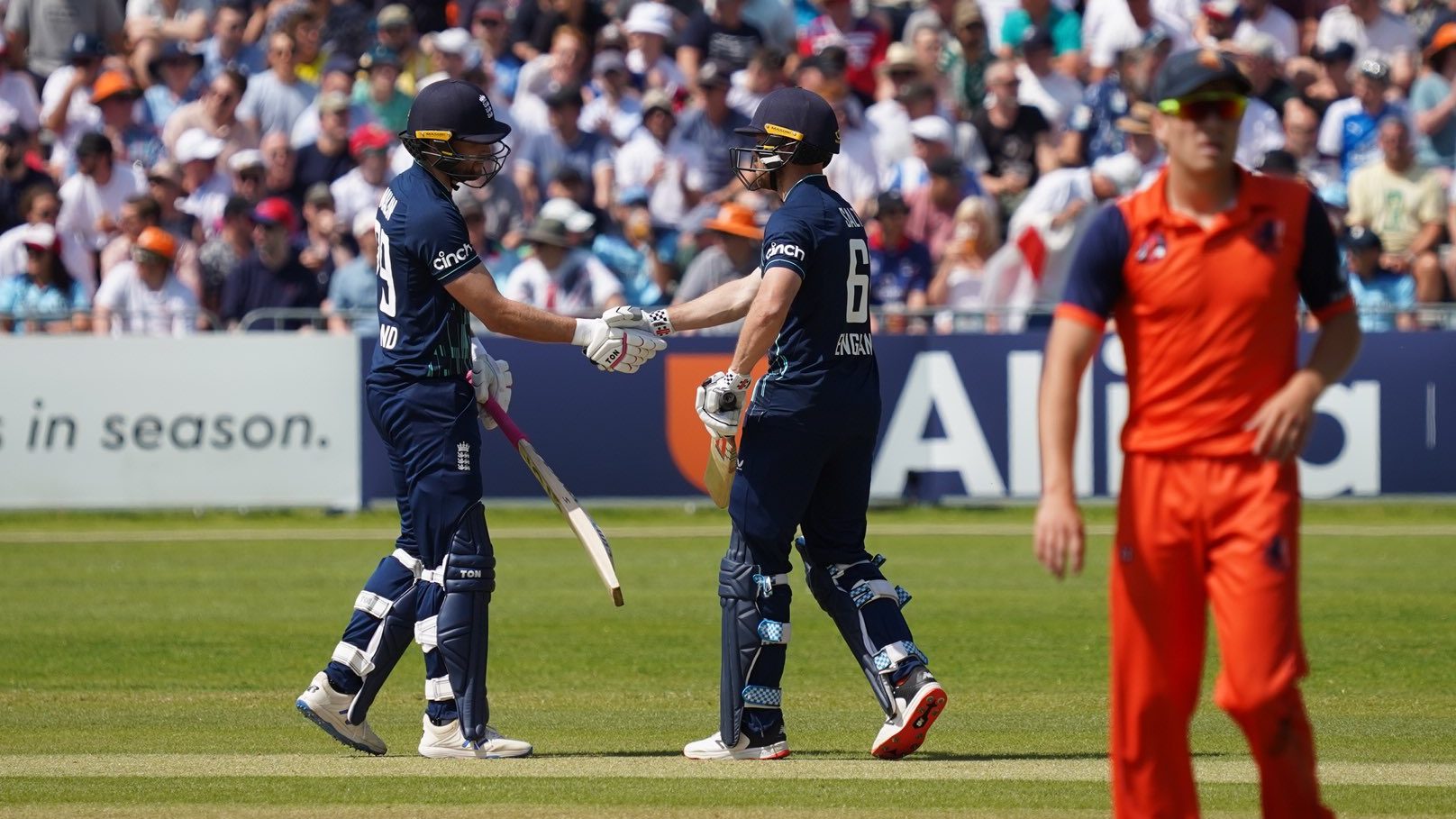 In One-day International Cricket, not often do you get to see three batters scoring a century in the same innings. A single batter or a two smashing hundred in the same innings is something which can be achieved but three is a rarity. In the history of the ODI format, there have been only three instances of three players notching up a ton in the same innings.

Let’s take a look at the three instances when batters scored a century in an ODI:

In a match that was completely overshadowed by AB de Villiers’s thunderous innings of 149, two other batters – Hashim Amla and Rilee Rossouw – slammed a ton each. South Africa batted first against West Indies in Johannesburg in 2015 and the rest is history. Amla remained unbeaten on 153 off 142 with 14 fours, Rossouw scored 128 off 115 with 11 fours and two sixes, while de Villiers played an insane innings of 149 off just 44, which included nine fours and 16 towering maximums. The Proteas posted a mammoth 439/2 to win the match by 148 runs.

This time it was India who got blown away by the Proteas power as the Men in Blue suffered the wrath of three African batters. South Africa batted first in the fifth and the decider Mumbai ODI in 2015 and hammered 438/4. Quinton de Kock struck 109 off 87 with 17 fours and a six, Faf du Plessis, who got hamstrung during the match, notched up 133 off 115 with nine fours and six sixes, while de Villiers also joined the party to smash 119 off just 61 with the help of three fours and 11 maximums. The tourists won the match by 214 runs and the series by a margin of 3-2.

A dominant force in the white-ball cricket, England joined the Africans in this elite list. During the first of the three-match ODI series against the Netherlands in June 2022 in Amstelveen, Eoin Morgan and his side notched up the highest-ever ODI total of 498/4. Opener Philip Salt mustered 122 off 93 with 14 fours and three sixes, Dawid Malan 125 off 109 with nine fours and three maximums, while the destructive Jos Buttler played an outrageous innings of 162* off just 70, which included seven fours and 14 sixes. England won the match by 232 runs in a game that created and broke many records.