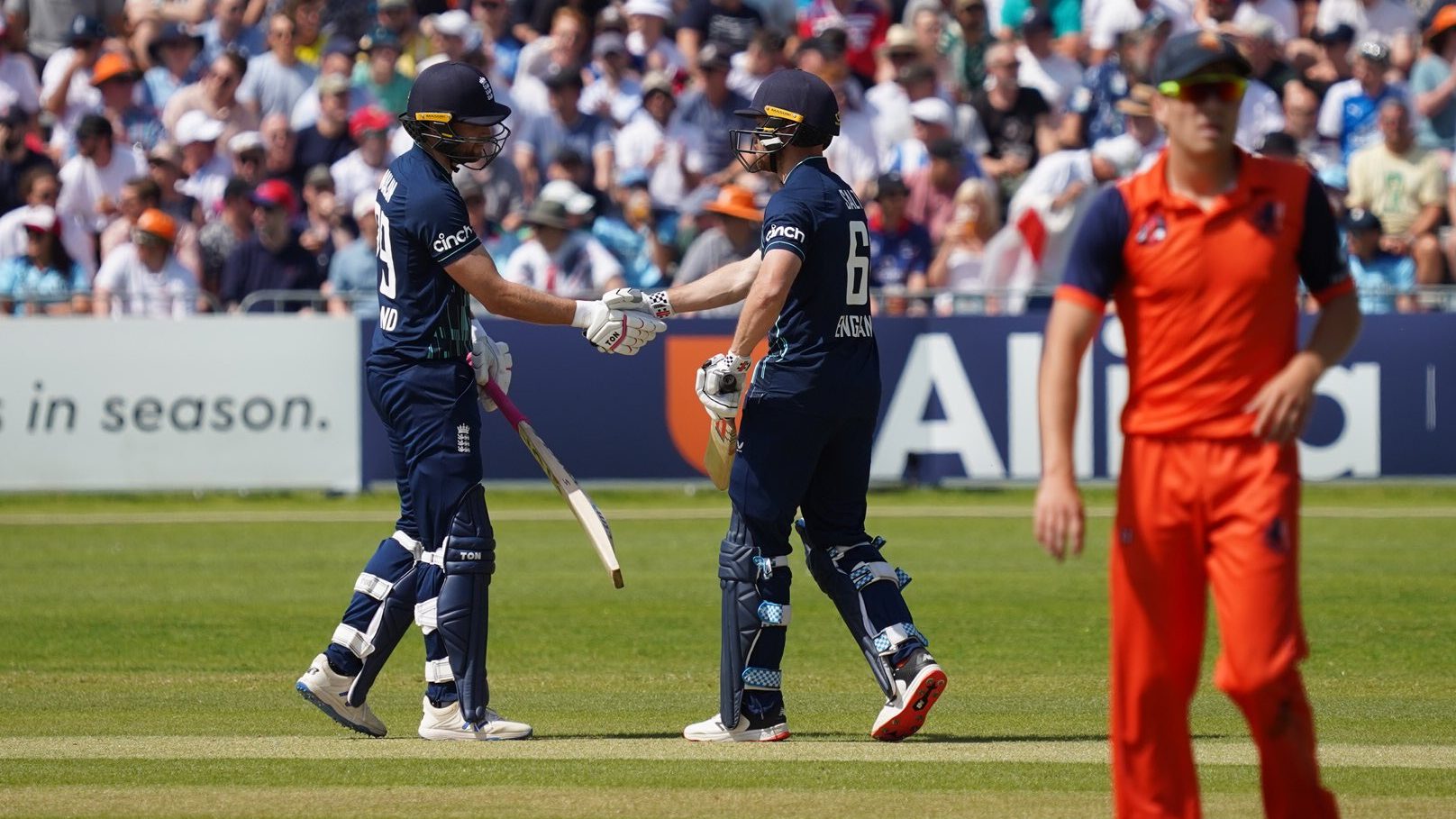 The record of the highest team total in the history of One Day Internationals was broken by England in the year 2016, and since then they have gone past their own record to create a new one twice. The English team posted the highest ODI total in the history of men’s cricket, on Friday, June 17, while playing against the Netherlands. Interestingly, England now hold the top three highest totals in men’s ODIs.

England broke Sri Lanka’s record of 443/9, which had been in existence since the year 2006. While playing against Pakistan, the English batters managed to post the massive total and break the decade-long record as they scored just one run additional. Alex Hales scored a century, which was followed by Joe Root, Jos Buttler, and Eoin Morgan’s half-centuries. England eventually won the game by 169 runs.

England broke their own record in 2018 when they locked horns with Australia in Nottingham, the same venue where they had created the first record. This time again it was Alex Hales who top-scored in the game with a 92-ball 147. He was joined by another centurion Jonny Bairstow who hit 139 runs off 92 deliveries. Jason Roy and Morgan’s half-centuries contributed to the team’s total as they ended up scoring 481 runs at the loss of six wickets.

England created a world record and scripted their name in the history books by registering the highest-ever team total in ODIs, breaking New Zealand women’s record of 491 runs. The game witnessed three centurions in the form of Phil Salt, Dawid Malan, and Jos Buttler. A worthy and unbeaten half-century by Liam Livingstone towards the end helped England to break the barriers and emerge as a powerful force.

100MB @100MasterBlastr
37 minutes ago
#OnThisDay, Rohit Sharma scored his 5th century of the 2019 World Cup, the most by any batter in a single World Cup. 💯 https://t.co/18DPLtx6Ix
View on Twitter