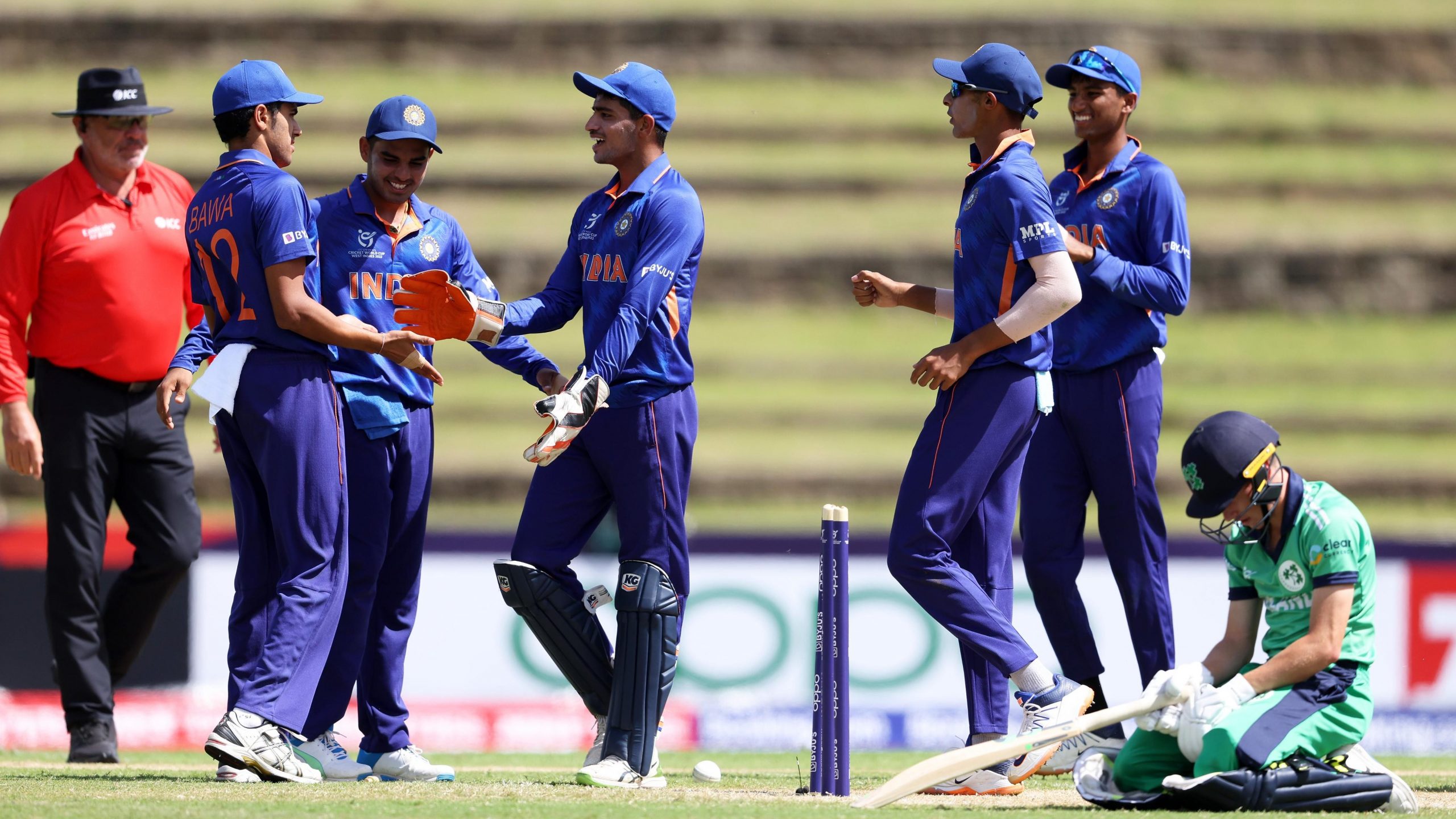 Amidst all the hype around the ongoing Under 19 World Cup 2022, India U19 beat Ireland U19 rather easily. What was expected to be a cracker of a contest turned out to be a rather one-sided affair with the Asian side winning by 174 runs.

After being asked to bat first by Tim Tector, India U19 got off to a blistering start. Their openers put up a partnership of 164, before Angkrish Raghuvanshi was dismissed for a well made 79. Post this, almost every batter contributed and propelled India to a total of 307. 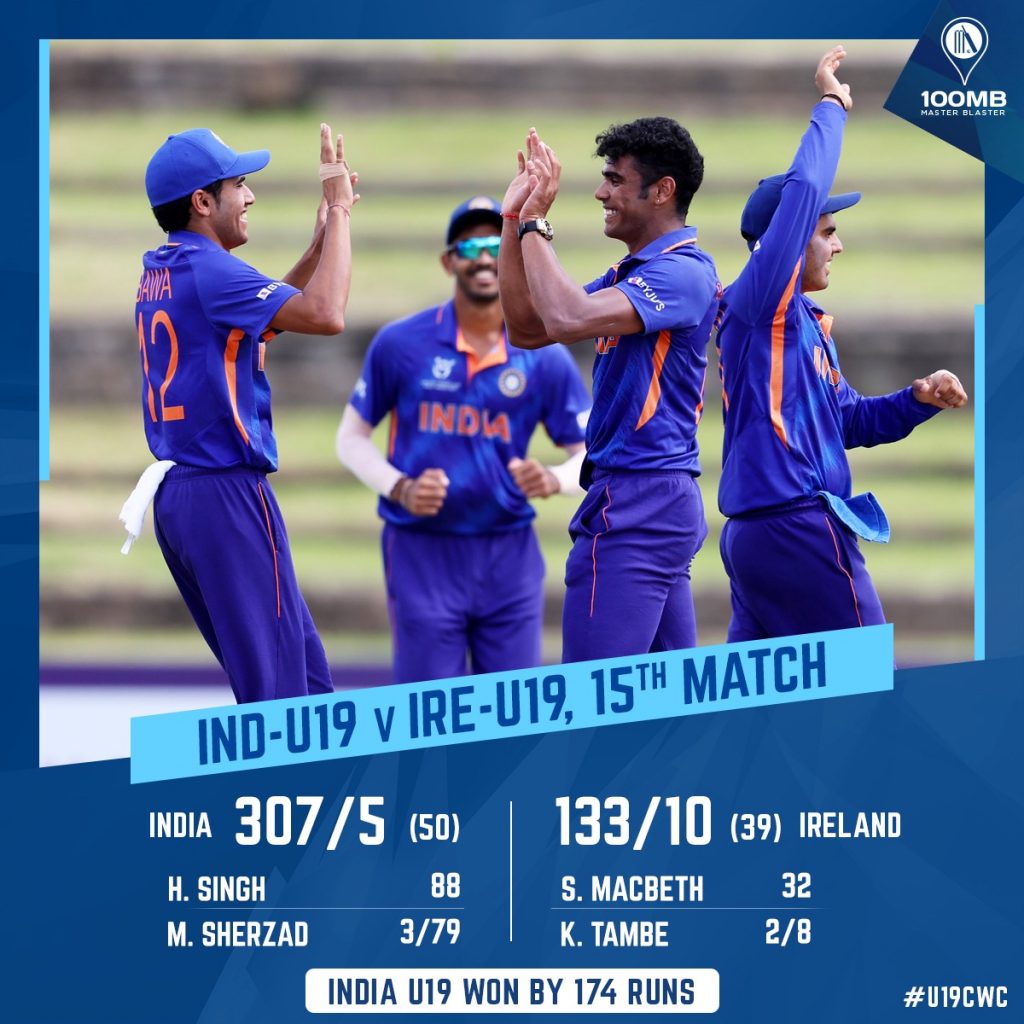 On the other hand, Ireland U19 kept losing wickets at regular intervals and never really looked like they were going to chase the total. Thus, they ultimately got bundled out for 133. Garv Sangwan, Aneeshwar Gautam and Kaushal Tambe took two wickets each and thus, despite the Covid cases in the Indian camp earlier, they ensured that it didn’t affect their performance on the field.

Top performers of the match:

5⃣0⃣ up for Harnoor Singh 👌

For his amazing 88 off 101 deliveries, Harnoor Singh was the player of the match. He laid the ideal foundation for India U19, and played the role of an anchor to perfection. Thus, the Asian side would hope that he continues his good form.

His run-a-ball 79 ensured that India U19 got off to an explosive start, and left no stone unturned in punishing the Irish bowlers. Raghuvanshi looked confident throughout his innings and kept playing with a positive attitude. Thus, his form is going to be crucial for India in the upcoming games of the tournament.

What next for both teams?

While India U19 have already qualified for the Super League quarter-finals, their next game is against Uganda U19. They would like to remain unbeaten throughout the tournament and thus, would want to contribute to dominate the opposition teams they face. However, they’d hope that the players who missed their second games due to Covid would return as soon as possible.

In the meanwhile, Ireland U19 have to win their next game against South Africa U19 in order to proceed to the second round of the tournament.