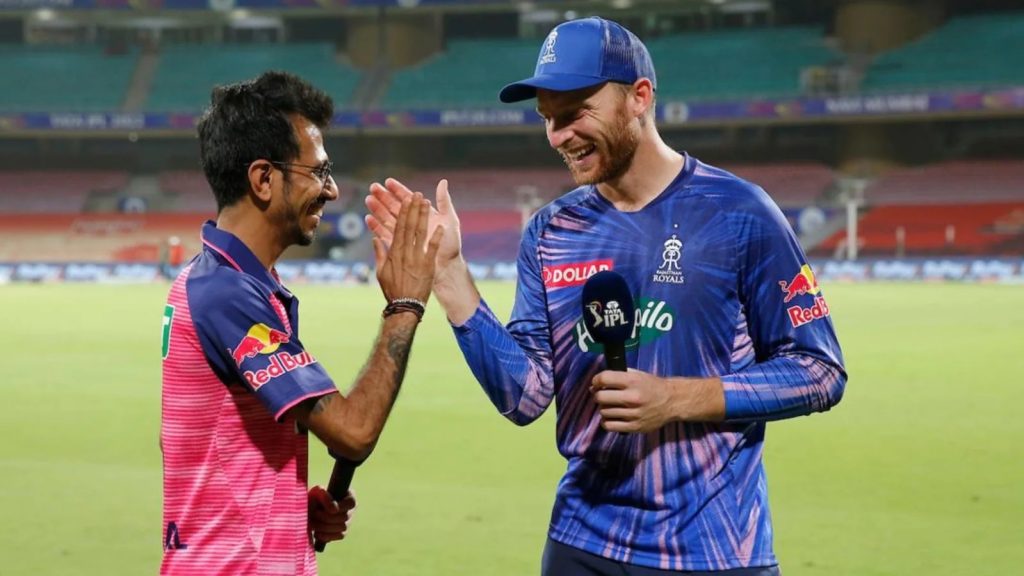 Rajasthan Royals have always been one of the active franchises on social media and they came up with yet another interesting video that featured Jos Buttler and Yuzvendra Chahal. The leg spinner has not been shy of coming up with hilarious posts in the recent past and has pulled the legs of his English teammate as well. However, this was one of the funniest responses from Chahal which left the fans in splits.

For a change, it was Buttler bowling to Chahal in the net session for the Royals, and the former brought out his different spin variations to outsmart the leggie. With the imaginary fieldset, Chahal tried to clear the boundaries and was spotted in a funny argument if the ball would have been carried to the ropes or not. In fact, the leg-spinner played most of the shots in the book, including a lofted extra cover drive, a lofted one straight down the group, and used his feet as well in the video.

In fact, in the final delivery, Chahal was screaming ‘four four’ and Buttler funnily noted that it was a ‘six’. After the battle, Chahal mentioned, “ask him(Buttler) about my batting.” And Buttler replied, “Just wait and watch AB de Villiers, apparently they are calling him Mr.360 degree,” towards the end of the video.

100MB @100MasterBlastr
53 minutes ago
#OnThisDay, Rohit Sharma scored his 5th century of the 2019 World Cup, the most by any batter in a single World Cup. 💯 https://t.co/18DPLtx6Ix
View on Twitter