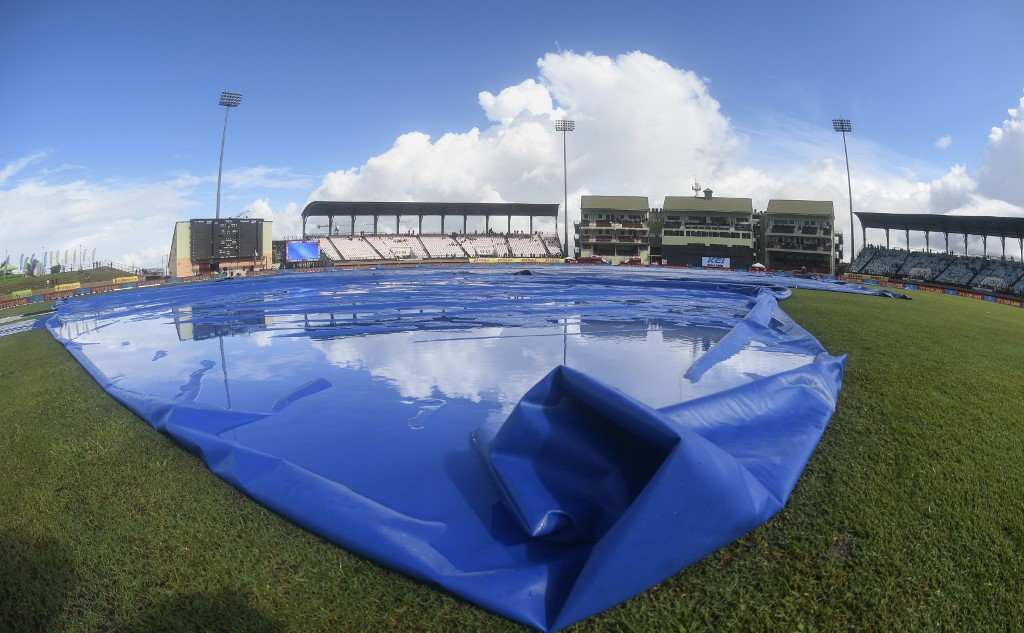 Rain played spoilsport at the Providence Stadium in Guyana, forcing the first ODI between West Indies and India to be abandoned without a result. A start-stop day due to persistent downpours left the outfield dripping wet and the players frustrated.

Check out the full scorecard here.

At a delayed toss, Virat Kohli opted to field first in lieu of the overcast conditions. Despite a late start, there was no reduction of overs initially. Openers Chris Gayle and Evin Lewis got off to an obnoxiously slow start on what looked like a tough wicket to bat. The sticky nature of the pitch didn’t allow the Windies openers to bat freely. Both batsmen could only add nine runs in the first six overs before showers took over.

But the clouds cleared immediately and bright sunshine brought out some cheers from spectators at the stadium. Play resumed with a reduction of overs, making it a 43-overs-a-side match. However, a wet outfield resulted in players walking off the field yet again. The absence of super soppers meant that the groundsmen had to manually drain out excess water.

Meanwhile, Kohli made sure there was never a dull moment in the middle. The Indian captain broke out into a few jigs alongside his former RCB teammate, Chris Gayle.

All rain, no play

A second attempt at restarting the match led to the overs being further reduced. Still, the 34-overs-a side contest couldn’t go on for long. Gayle (4 runs off 31 balls) played one of his slowest ODI innings and ended his struggle as Kuldeep Yadav’s masterful turn cleaned him up. On the other hand, Lewis (40 runs off 36 balls) finally found his lost touch with the bat. He smashed two fours and three sixes before the merciless rain gods came down again. West Indies were 54/1 in 13 overs when play was finally called off.

The second ODI will be played on August 11 at Trinidad.