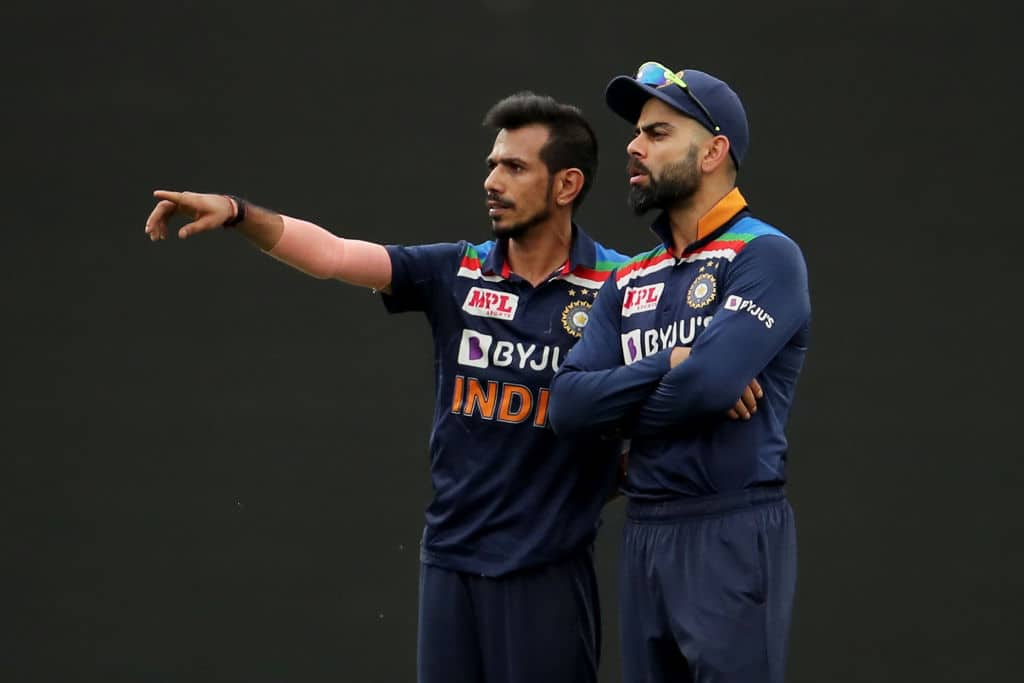 Rajasthan Royals leg-spinner Yuzvendra Chahal who has been entertaining the fans with his humour has now jokingly shifted his focus on opening alongside Jos Buttler at the top of the order. In a recently posted video by Rajasthan Royals on Twitter, Chahal and Buttler were involved in a hilarious banter in their opposite roles in the nets. The 31-year-old has been fantastic in IPL 2022 so far with 24 wickets in 13 games and has topped the charts in the race for the Purple Cap as well.

Chahal has also shared a close bond with Buttler since coming into the Royals camp this year and has pulled the English lad’s leg time and again by asking to open alongside him. In a recent video interview, Chahal wasn’t shy to joke that he would have gone past Virat Kohli’s record of 973 runs in a single season, had he opened the batting alongside Buttler.

I think even Virat Kohli’s record is left for me only: Yuzvendra Chahal

Chahal mentioned that he would have gone past Buttler’s tally of 627 runs in 13 games in IPL 2022 so far if he had a chance to open and noted that he would have even gone past Virat Kohli‘s record of most runs in a season as well. He added on a laughing note that he will break Kohli’s record in just ten games if he scores a century in every game while opening.

“If I had a chance to open – Then I would have broken every record, not just Jos Buttler. I think even Virat Kohli bhaiya’s record [973 runs] is left for me only. I’m going to break that record. I will break that record in 10 matches only because in every match I have to score a hundred, no? (laughs),” Chahal told while speaking to ESPNcricinfo on Polite Enquiries.

Meanwhile, Buttler was expected to get close to Kohli’s record of 973 runs with the start he had this season. However, his failures in the last four games have meant that Kohli’s tally is unlikely to be broken anytime soon.