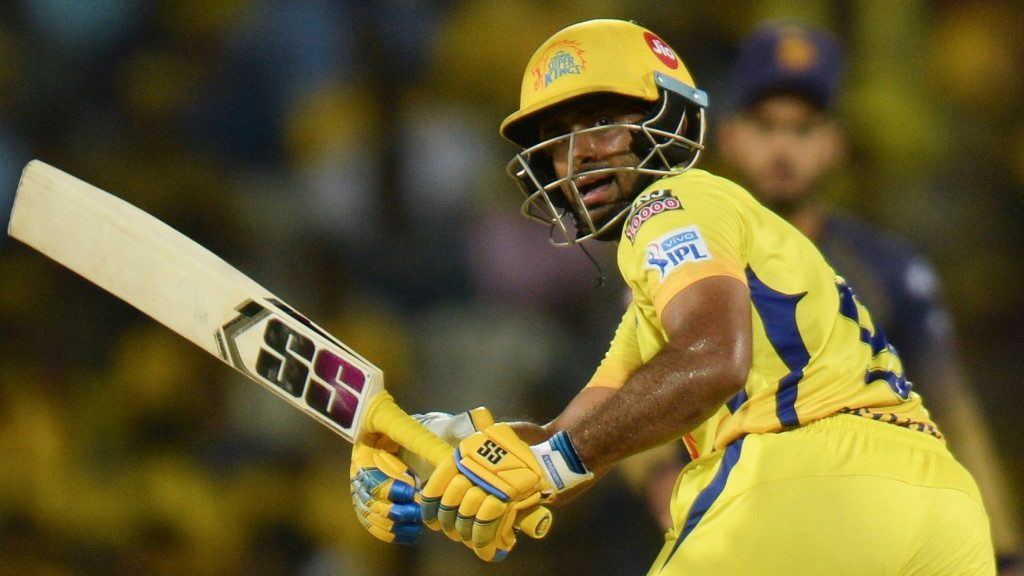 Tendulkar said that the catch reminded him of Ricky Ponting’s iconic catch from the 2013 IPL. In the sixth edition of the cash-rich event, Ponting, who represented Mumbai Indians back then as a player, took a similar blinder off Harbhajan Singh’s delivery during the match against Delhi Daredevils (now Delhi Capitals).

“Rayudu’s catch off Jadeja’s bowling reminded me of Ponting. It was just magnificent. Bengaluru would still be thinking that if they hadn’t lost too many wickets up top, they would have probably chased the total down,” Tendulkar said on his YouTube channel’s video ‘SachInsight’.

Tendulkar, impressed with the new skipper Jadeja’s bowling, praised him for the delivery to dismiss RCB’s power-hitter Glenn Maxwell. This was the seventh time that Jadeja dismissed Maxwell in the T20 format.

“Jadeja bowled well in partnership with Theekshana. He used his experience against danger man Maxwell. ‘If he misses, I hit the stump’ and that is exactly what happened. The experience came in handy,” said Tendulkar talking about the dismissal.

After a tough competition, RCB lost the match by 23 runs as CSK successfully defended their score of 216. It was a close call towards the end, until the RCB finisher Dinesh Karthik was dismissed. He also spoke about Karthik’s form in the IPL this season and heaped praises on him.

“Dinesh Karthik has the ability to play 360 degrees, be it against a spinner or fast bowler. He began to attack from ball one. He didn’t premeditate the shot, he waits for the ball and plays his shot. Very few players in world cricket are picking the line and length as fast as he is. He is waiting for the ball to come and then he improvises the shot,” asserted Tendulkar.