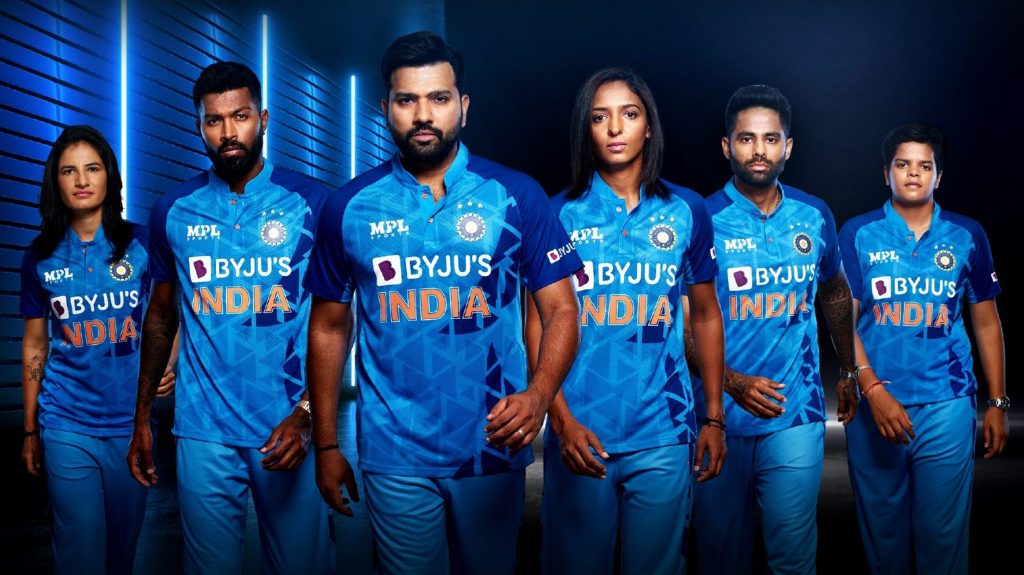 The Board of Control for Cricket in India (BCCI) has revealed team India’s new jersey for the upcoming 2022 T20 World Cup. The Men in Blue will also don the same jersey during the T20I clashes against Australia and South Africa.

Earlier, the top board had hinted that a new jersey will be revealed soon with the same being confirmed by India’s official kit sponsor MPL. The Indian fans were waiting eagerly for the new jersey to be launched and their wait has finally been over.

As compared to team India’s jersey during the Asia Cup 2022, the new kit has a lighter shade of blue, similar to the one they had in 2007 T20 World Cup. This is the third Indian jersey in as many years since MPL took over as the kit sponsor in 2020.

As mentioned above, India will take on Australia in a three-match T20I series slated to start on September 20 (Tuesday) in Mohali. After having a disappointing outing during the 2022 T20 Asia Cup, the Men in Blue will want to make a strong comeback before heading towards the all-important T20 World Cup in Australia.

However, the home team has suffered a blow with senior pacer Mohammed Shami getting ruled out after testing positive for Covid-19. The selection committee has named express pacer Umesh Yadav as his replacement for the upcoming fixtures. Meanwhile, senior pacer Jasprit Bumrah and Harshal Patel have marked their return to the team after missing the Asia Cup.

Speaking about the Australian camp, the visiting team has named talented batter Tim David in their squad and the right-handed batter is expected to play a crucial role with the bat during the death overs for his team. Skipper Aaron Finch who is going through a lean patch will also want to get some runs under his belt before the T20 World Cup.