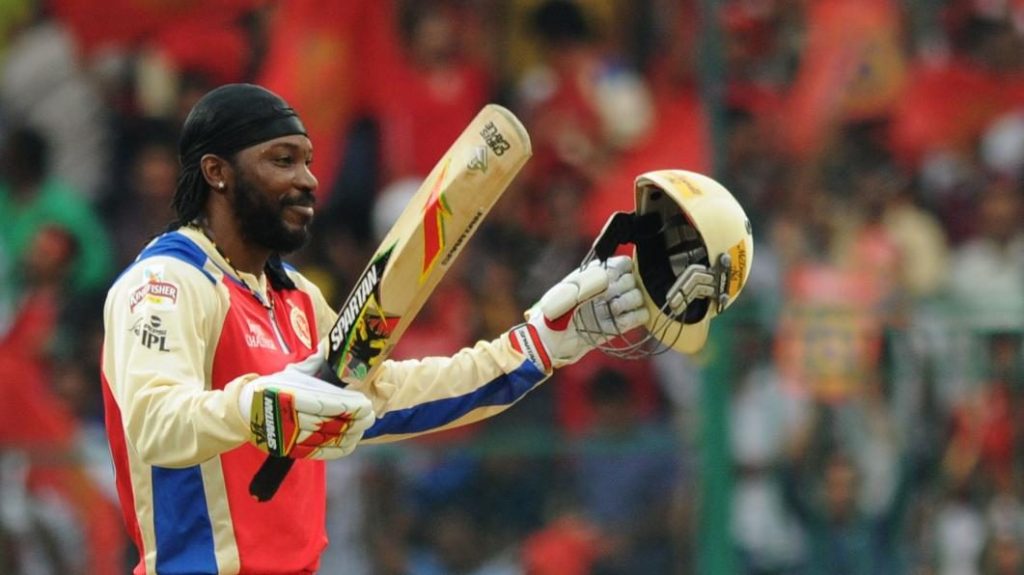 The Indian Premier League has been at the forefront of global attraction since its inception in 2007. The premier domestic competition has witnessed several iconic moments in its illustrious history with numerous superstars offering the very best they had to offer. One such moment came from the ‘Universe Boss’ Chris Gayle in 2013 when he sent the record books tumbling in Royal Challengers Bangalore’s clash against Pune Warriors India in Bengaluru’s Chinnaswamy Stadium.

RCB took on PWI in the 31st league meeting of IPL 2013 in front of a vociferous home crowd. The home side were put in to bat first by Pune skipper Aaron Finch. He was left to rue his decision as the Bangalore openers, Chris Gayle in particular, exploded at the top of the innings.

The tall West Indian was in a menacing mood, slaughtering the opposition bowlers mercilessly. It was an utter carnage in the middle from Gayle while his opening partner Tillakaratne Dilshan had the best seat in the house. The southpaw raced to his half-century and was not stopping any time soon as the fielders turned into mere spectators at the venue.

Gayle went on to break several records during his breathtaking innings, starting with his 30-ball century, the fastest in IPL history to date, breaking the previous record held by Yusuf Pathan. He did not stop just there, compounding the misery of Finch and co. The Caribbean giant went on to score a mind-boggling 175 runs off just 66 deliveries, the highest T20 score at the time.

His record-shattering innings included an astonishing 17 sixes, a record that stands to date. He remained unbeaten in the middle, propelling RCB to the highest team score in the history of IPL, 263/5. His innings also ensured that RCB finished with the most sixes ever hit by a side in an innings, 21 in total. The Pune Warriors must have hoped for a divine intervention, which did come in the form of a short rain break, but it wasn’t enough, as they went on to lose the match by a whopping 130 runs.