Flashback: When India triumphed over Pakistan in bowl out 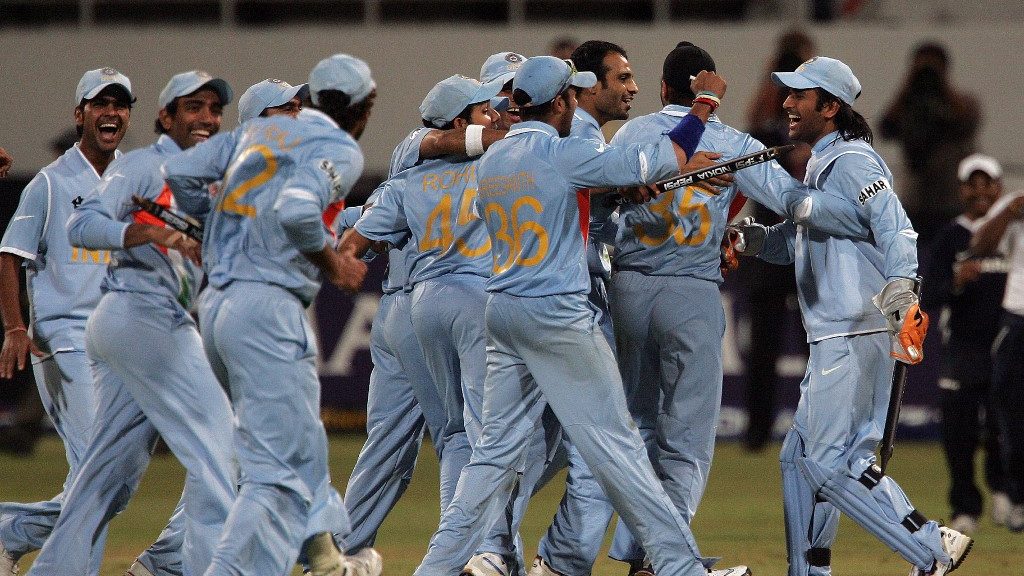 India and Pakistan have been two of the biggest rival nations for a long time, and currently, there haven’t been any bilateral series going on between the countries due to political issues. However, the intensity of the matches remains the same and Pakistan recently broke the unbeaten record for India in World Cups against them as they won the 2021 R20 World Cup encounter in UAE by 10 wickets. While every Indo-Pak clash is a delight for all cricket fans and lovers, one of the best meetings of the two teams came in the 2007 T20 World Cup group fixture when a tied contest went to bowl out.

India’s game against Scotland was washed out and it meant that the points were shared between the two sides in Group D. The game against Pakistan was like a knockout and India needed to win to stay alive in the tournament. Pakistan elected to field first after winning the toss and Mohammad Asif ran through the Indian batting order with a brilliant bowling spell. Robin Uthappa’s half-century alongside MS Dhoni’s 33 and some lower-order contributions got India to 141 for 9 in 20 overs. Asif finished with 4 for 18 while Shahid Afridi picked up two wickets for Pakistan.

Pakistan during the chase were reduced to 47 for 4 in the 9th over, with the top four batters gone. Shoaib Malik and Misbah-ul-Haq redeemed the side until Malik was removed for 20 in the 15th over. Despite wickets falling around, Misbah batted deep and kept Pakistan in the hunt. With just one needed off the last three deliveries, Sreesanth managed to bowl three dots in a row to help India tie the game. While Super Over was not invented at the time, Bowl Out was used to decide the winner of the game.

Same like a penalty shoot-out in football, each bowler got one chance to hit the uncovered stumps by bowling. India went three spinners in their first three chances, Virender Sehwag, Robin Uthappa, and Harbhajan Singh and all three hit the target. On the other hand, Pakistan used Umar Gul, Yasir Arafat and Shahid Afridi, and all three missed the target to hand India a famous victory at the Durban in Kingsmead. India progressed into the super six stages and went on win the title against the same side in the final of the maiden T20 World Cup in 2007.