Hardik Pandya sheds light on his great comeback in IPL 2022 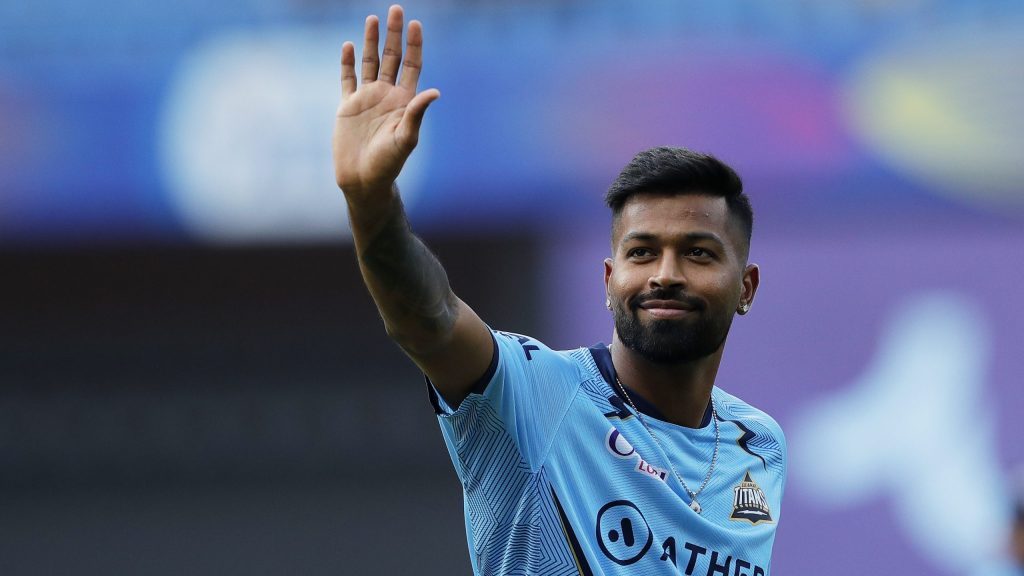 Gujarat Titans skipper Hardik Pandya revealed how he had made a brilliant comeback from injury which resulted in a jaw-dropping season for his new franchise as a player and a captain. Pandya had been out of the Indian side since the T20 World Cup 2021 and he was instead sent to work on his back issues which seemed to be a major setback for him in the last two years. He did not have any game time coming into this IPL, and a lot of experts had written him off ahead of the start of IPL 2022.

He managed to prove them wrong with an excellent season with the bat for Gujarat Titans at number four scoring 487 runs at an average of 44.27 and looked at his prime best again. His bowling skills were into showcase again and looked much fitter although he did not risk himself a lot. His unseen skillset of captaincy came to the fore this season and he ended up winning the title for his franchise with all-round performance in the finals.

Subsequently, the all-rounder found a way into the Indian side for the upcoming T20Is against South Africa and is expected to be on the flight to Australia for the T20 World Cup 2022 as well.

Thankful to the BCCI because they allowed me to take such a long break: Hardik Pandya

Hardik Pandya noted how a lot of misconception grew about him getting dropped and he revealed that it was rather his decision. He showed gratitude to BCCI for helping him with the situation and giving him a long break to get back fit on the field. He recalled confessing to someone that it will be ideal for his comeback with the fans back in the stadium and added about his desire to do well after performing at the highest quality with Gujarat Titans.

“A lot of people don’t know that I took off; it was my decision; A lot of misconception that I was dropped. You can get dropped when you are available. Thankful to the BCCI as well because they allowed me to take such a long break and did not even trouble me or force me to come back, that is something which is commendable from their side and the old Hardik will be back,” Hardik told in the video posted by Gujarat Titans.

“I told someone as well, ‘the fans are back, this is the right time for me to make a comeback ‘. Really looking forward; there are a lot of matches to come, which I am going to play; all the hard work which I have done before coming to the IPL will be coming to the use properly and making sure that what I did for my franchisee, I should be able to do it for my country as well,” he added.