Highest strike rates in a calendar year in T20Is 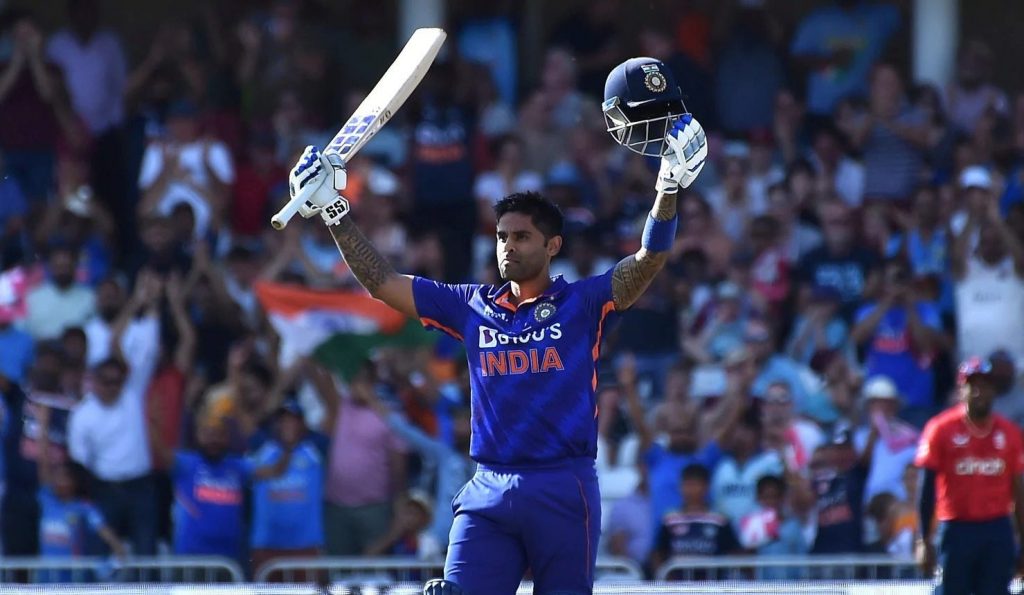 T20 cricket has grown as a force in modern-day cricket. As compared to the Test and ODI format of the game, T20I is comparatively a pretty happening format and requires the players to be on their toes throughout the game. Thanks to the format, cricket is now actively played in an increasing number of nations in Europe, North America, and the Middle East.

Given the intricacies of the T20I format, there are players who have excelled with the bat by putting up consistent performances. The batters, as a result, managed to record terrific strike rates at the end of a respective calendar year. In 2022, India’s Suryakumar Yadav was at his best in the format and emerged as a force to reckon with in T20Is.

On that note, let us look at the top three players with the highest strike rates in a calendar year in T20Is (minimum 500 runs)-

Though Aaron Finch’s numbers in the T20Is were not much appealing in the past year, he was a dominant force back in 2018. In 2018, the Australian notched up two fifty-plus scores and also a 76-ball 172, which still remains to be his highest-ever T20I score. He ended the year by scoring 531 runs in 17 innings at a strike rate of 176.41.

New Zealand’s Colin Munro played only 12 T20I innings in 2018 but finished at a berserker strike rate as compared to Finch. He played T20I cricket for just four out of the 12 months that year and scored 500 runs at a strike rate of 178.57, including four half-centuries and a magnificent ton, which is also his second-highest score in T20Is (104 off 88).

Suryakumar Yadav was the talk of the town throughout 2022. He returned to the game after recovering from an injury but had an incredible year. Playing 31 innings, he scored nine half-centuries and two centuries and amassed 1164 runs at a stunning strike rate of 187.43, the highest by any player in a calendar year.