Highest Test score for New Zealand at No 10 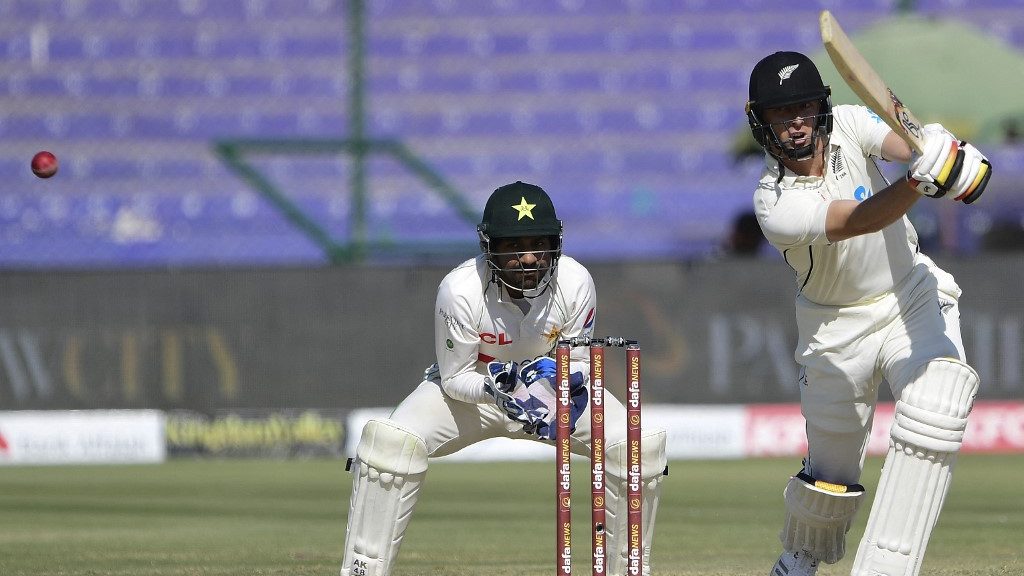 Bowlers have the responsibility of making inroads in the opposition’s batting order, but at times they make valuable contributions with the bat as well. While the no. 10 batters are often at the lower end of the spectrum when it comes to talent with a cricket bat, they surprise the opposition by showing their batting capabilities in a few instances. On that note, we list the highest scores by a no. 10 batter for New Zealand in Test cricket.

Matt Henry was drafted into the New Zealand squad for the second Test match of the recently concluded series against Pakistan. The right-arm seamer was added to the bowling unit to provide an extra dimension to the team. However, he showed his hand with the bat instead, compiling his third half-century in Test cricket, frustrating the hosts with a 104-run stand for the last wicket along with Ajaz Patel. His innings propelled the Blackcaps to a mammoth score of 449 runs in the first innings.

Tim Southee was on the losing on his Test debut against England in 2008. However, the then-young right-arm seamer did everything he could have for his side on his international debut for the Kiwis. He returned with magnificent bowling figures of 5/55 in the first innings, restricting the home side to 253 runs. It was already a memorable outing for the young Kiwi, but he made it even better in the fourth innings of the match, playing a mind-boggling inning of 77 runs off just 40 deliveries.

New Zealand traveled to Sydney to take on their Trans-Tasman rivals Australia for the second Test match of the series. Jeremy Coney’s New Zealand made a strong start to the game thanks to John Wright and Bruce Edgar’s opening stand. However, things took a turn for the worse a middle-order collapse had the visitors reeling at 169/9. They were in danger of finishing well below the 200-run mark. But their right-arm tweaker John Bracewell had other ideas as he compiled a defiant 83 along with Stephen Boock to propel his side to a competitive score of 293 runs in their first innings.