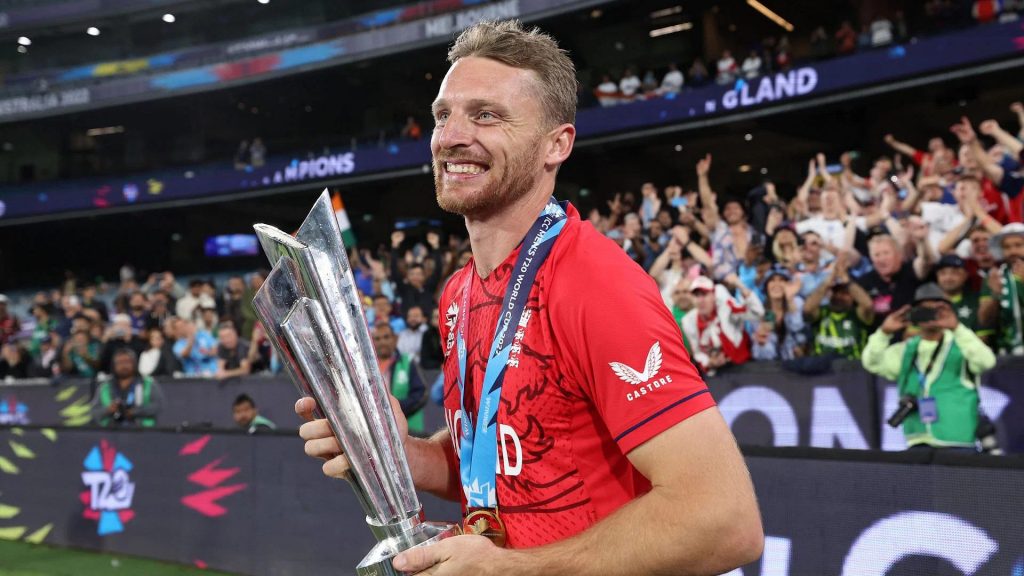 ICC has unveiled its Men’s T20I Team of the Year 2022 for its annual cricket awards ceremony. The complete list of the playing XI was unveiled by the governing body of world cricket on Monday, January 23. This list comprises the world-class batters, bowlers and all-rounders who showcased consistent performances in the year 2022.

However, what really stands out here is that even though top-ranked batter Suryakumar Yadav did find a noteworthy mention on this elite list, batting megastar, Virat Kohli, has also been included courtesy of his enterprising batting performances in the ICC T20 World Cup 2022 down under. Star all-rounder Hardik Pandya has also found a mention in the list.

Thus, three Indian players feature in the ICC Men’s T20I team of the year. Meanwhile, Pakistan skipper Babar Azam has been excluded from this list. His performances in the Asia Cup and the T20 World Cup were not up to the mark.

It is a no-brainer that Jos Buttler would be leading the pack as he successfully led England to their second T20 World Cup triumph over a couple of months ago in Australia. Buttler also contributed with the bat in the T20Is, scoring 462 runs at a strike rate of 160.41.

Mohammad Rizwan who was the top-ranked T20I batter for the most part of last year is on this list. He registered 10 half-centuries to his name.

Virat Kohli roared back to form in the shortest format last year by scoring his maiden century against Afghanistan in the Asia Cup 2022. He finished with 276 runs from five outings. Kohli was the highest run-getter of the T20 World Cup, amassing 296 runs including an unbeaten match-winning 82 against the arch-rivals, Pakistan, at the MCG.

Suryakumar Yadav earned his way into this elite list after a dream run in T20Is last year that saw him amass 1164 runs from 31 matches at a stupendous strike rate of 187.43 including two overseas centuries.

In the bowling department, Sri Lanka leggie, Wanindu Hasaranga gets a noteworthy mention. He finished as the leading wicket-taker of T20 World Cup 2022 with 15 scalps from eight appearances.

In the all-rounders’ department, English all-rounder, Sam Curran, got featured on being adjudged the Player of the Tournament. He took 13 wickets from six matches and played a key role in England’s T20 World Cup triumph.