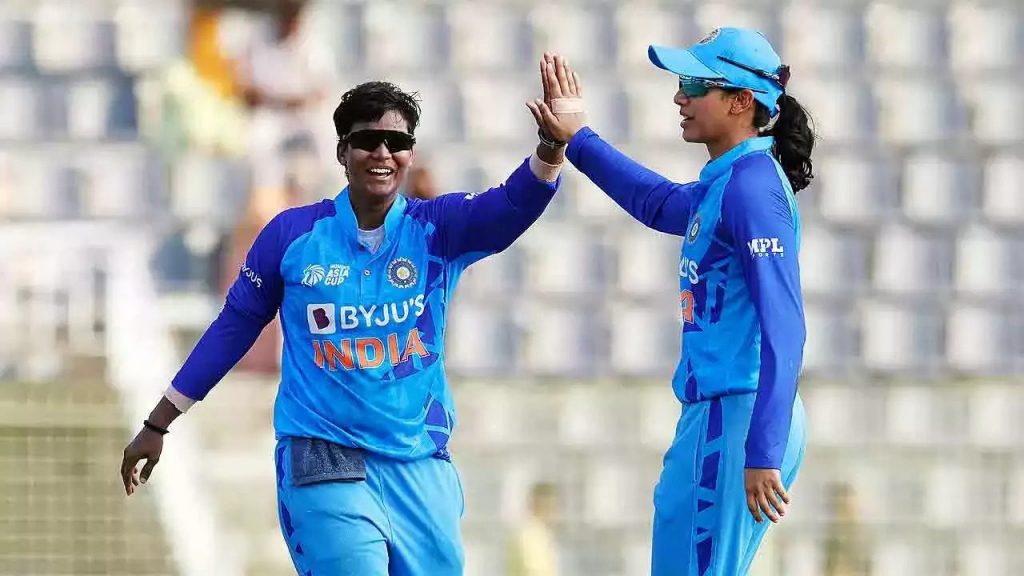 The International Cricket Council (ICC) has revealed the Women’s T20I Team of the Year 2022. Four Indian cricketers, including star batter, Smriti Mandhana, are included, while three Australian stars also feature in the team. New Zealand skipper, Sophie Devine, is named as the captain of the 11 exceptional players for 2022.

Indian team won the 2022 Women’s Asia Cup and grabbed the Silver medal in the 2022 Commonwealth Games, last year. However, they lost against Australia Women by 1-4 in their last T20I assignment in 2022 at home. But, the team ended the year with some noteworthy individual performances throughout the year.

Nida Dar is the only Pakistani cricketer included who scored 396 runs and took 15 wickets in T20Is duri. Deepti Sharma, arguably India’s best player in 2022, also made it to the list alongside young wicketkeeper-batter, Richa Ghosh.

In the bowling department, England’s spin ace, Sophie Ecclestone, who is at the helm in the current ICC T20 Bowler’s chart, makes the team alongside Sri Lankan star bowler, Inoka Ranaweera, and Indian pacer, Renuka Singh.