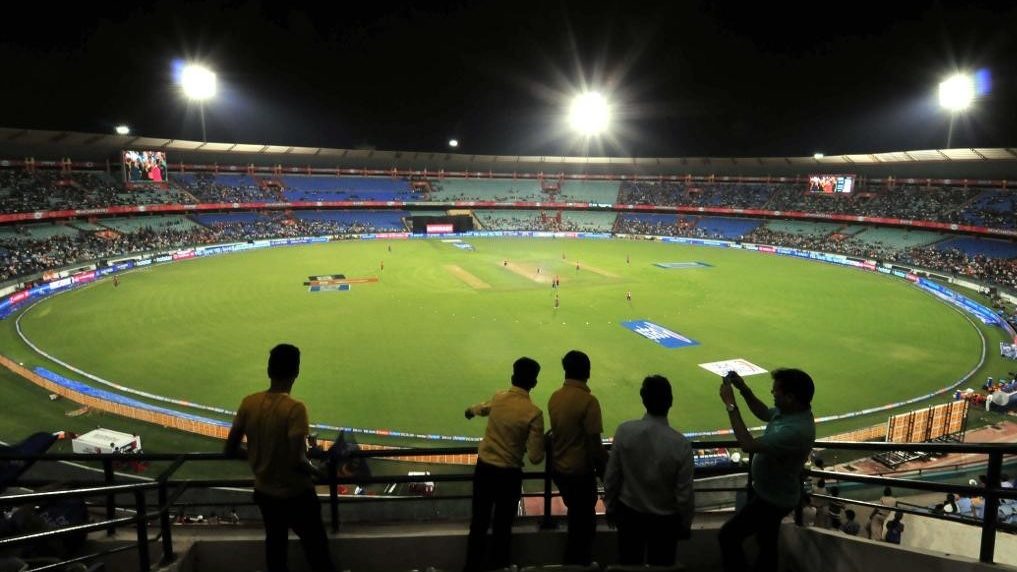 The Shaheed Veer Narayan Singh International Stadium in Raipur displayed a scintillating laser show to entertain all the fans after the conclusion of the 2nd ODI between India and New Zealand on Saturday.

An impressive outing by the bowlers followed by skipper Rohit Sharma’s blitzkrieg, powered India to a clinical eight-wicket win against New Zealand. With this, the hosts take an unassailable lead in the ongoing ODI series.

Laser show to end a great day for the fans

As a mark of celebrating team India’s thumping victory over New Zealand, the stadium displayed a dazzling laser show of multi-coloured lights, followed by music which sent all the fans inside the stadium into a frenzy.

Here is the video of the entertaining show:

The Indian bowlers were sensational in their outing after Indian skipper, Rohit Sharma, opted to bowl against New Zealand. Led by Mohammed Shami, the bowlers were accurate in their bowling, fetched good swing, turn, bounce, and took sharp return catches to topple New Zealand for just a paltry 108. Rohit then smashed 51 off 50 balls and led the way for the total to be chased down in 20.1 overs with India having eight wickets in hand.

New Zealand bowlers, except Lockie Ferguson, were unable to extract the same amount of movement which the Indian bowlers were able to do in the first ten overs. That allowed Rohit and Gill to fly off with ease and helped the team to a dominating victory. This also means that the Black Caps have lost their ODI top spot to the Men In Blue after this huge loss.

Team India will now take on against the Kiwis at the Holkar Stadium in Indore on Tuesday to finish the series with a whitewash.