India clinch a massive win over Australia in warm-up game 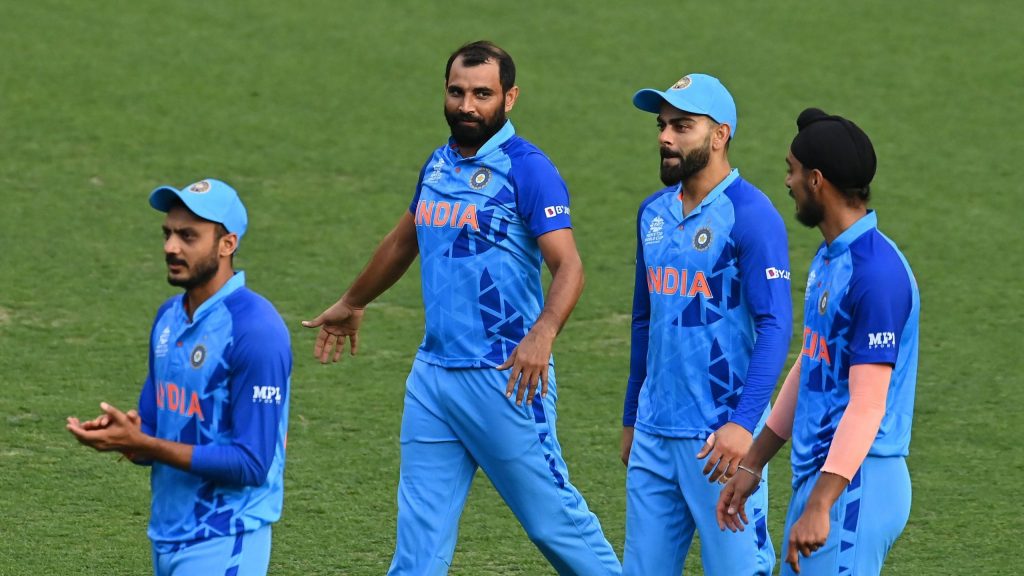 India’s very first official warm-up game ahead of the T20 World Cup 2022 was scheduled against Australia as the two teams locked horns at The Gabba. The Men in Blue showcased brilliance throughout the game, first with the bat, and then with the ball in the death overs which helped India win the contest by six runs in the epic contest.

Winning the toss, Australia put India to bat first. Skipper Rohit Sharma and his deputy KL Rahul opened the innings for the Men in Blue. While Australia had designated 11 players in their combination, India went ahead without a fixed playing combination and named a 15-man squad, given it was a warm-up match.

India got off to a flying start, courtesy of KL Rahul who was in attacking mode from the word go as Rohit Sharma played the second fiddle. Rahul punished the Australian bowlers and hit plenty of big shots to quickly get to his half-century. Rahul did majority of the hitting in the powerplay and kept India’s scoreboard ticking, before walking off the field in the eighth over.

Virat Kohli played some fine shots, but could not hold his place for a long time. Rohit Sharma perished scoring a slow 14-ball 15 before Kohli walked off for a 13-ball 19. All-rounder Hardik Pandya also could not capitalize on the start given by Rahul, and lost his wicket cheaply scoring just two runs off five deliveries.

Dinesh Karthik’s cameo of 20(14) followed by Suryakumar Yadav’s half-century helped India end in a decent position. Ravichandran Ashwin hit a six off the very first delivery that he faced and was dismissed off the very next ball, but that helped India end their innings at 186/7. As for Australia, Kane Richardson picked up four wickets, while Mitchell Starc, Glenn Maxwell, and Ashton Agar ended with one each.

Mohammad Shami’s brilliance with the ball and Virat Kohli’s impressive fielding takes India to a thrilling win
Just like India, Australia also started on a high note when Mitchell Marsh and Aaron Finch got the game going. Bhuvneshwar Kumar got India the first breakthrough when he dismissed Marsh, who walked off scoring a fiery 18-ball 35 including four fours and a couple of sixes. Steve Smith hit a big six as he entered, but could not do much thereon as Yuzvendra Chahal picked him up next.

Finch kept going and found a good partner in the form of Maxwell. The duo shared a 48-run stand for the third wicket as Maxwell joined the Australian skipper in the hitting. Their partnership ended when Bhuvneshwar Kumar dismissed Maxwell. Australia’s momentum declined after the quick wickets, and Arshdeep Singh added to their misery by dismissing Marcus Stoinis for a run-a-ball seven runs.

Just when it looked like Aaron Finch would take Australia to a win, Harshal Patel knocked him over with a perfect yorker and the Australian captain was forced to walk off to the pavilion. India’s 19th over woes ended this time, as Virat Kohli’s perfect throw at the stumps led to the dangerous Tim David being runout.

The game came down to the final over and Australia needed 11 runs to win, and newest entrant Mohammed Shami was handed the ball for his first and final over of the game. Australia’s batting order came crashing down in the final over, courtesy of Shami, as he bowled one of the finest final overs for India.

Kohli’s brilliant one-handed catch on the boundary off Shami’s third delivery of the over dismissed Pat Cummins, which was followed by Ashton Agar being run-out off the next delivery. Shami bagged his second wicket when he castled the wickets while bowling to Josh Inglis, and kept the thrills going by dismissing Kane Richardson off the final delivery of the game. Four wickets came off the final four deliveries as India dished Australia out for 180 runs to win the contest by six runs.