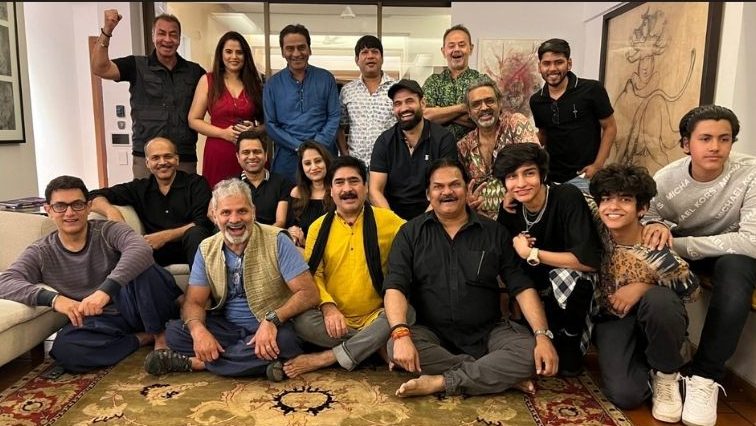 As the Bollywood celebrities celebrated 21 years of the movie ‘Lagaan: Once Upon a Time in India’, one of the most iconic films on cricket, former cricketers Irfan Pathan and Aakash Chopra joined Aamir Khan at his residence for the celebration as the whole cast of the movie gathered to commemorate the occasion.

The movie was based on the times in ancient India when the country was under the British Raj. The movie highlighted how a bunch of villagers accepted a challenge put out by the Britishers to indulge in a game of cricket in order to wave away the high taxes that were levied on them. 21 years down the line, the movie still holds a special place in every Bollywood fan and every cricket fan’s heart.

Aamir Khan Productions shared the video and captioned it: “#21YearsOfLagaan” and Irfan Pathan dropped a comment on the post saying: “What a lovely evening”. The whole bunch that gathered for the celebration spent their time talking, chatting, and playing some foosball, as the video shows, and Pathan and Chopra competed against Aamir Khan in the game.

The production house shared another video, writing, “Thank you for all the love for the last 21 years! The journey of Aamir Khan Productions started with #Lagaan, and the film continues to be a part of our journey! Sach aur saahas hai jiske mann mein, ant mein jeet usi ki rahein.”

The film was nominated for Academy Award for Best Foreign Language Film and achieved considerable commercial and critical recognition. After Mother India (1957) and Salaam Bombay! (1988), it was the country’s third nomination in the category. Lagaan tells the narrative of Bhuvan (Aamir), a peasant from Champaner village, Gujarat, who is provoked to a game of cricket by an arrogant British officer (Paul Blackthorne) in an attempt to dodge paying higher taxes (Lagaan) they owe.

100MB @100MasterBlastr
50 minutes ago
Team India have slipped to the 4th position after the penalty for slow over rate.