Jos Buttler reflects on IPL 2022 journey through a heartfelt post 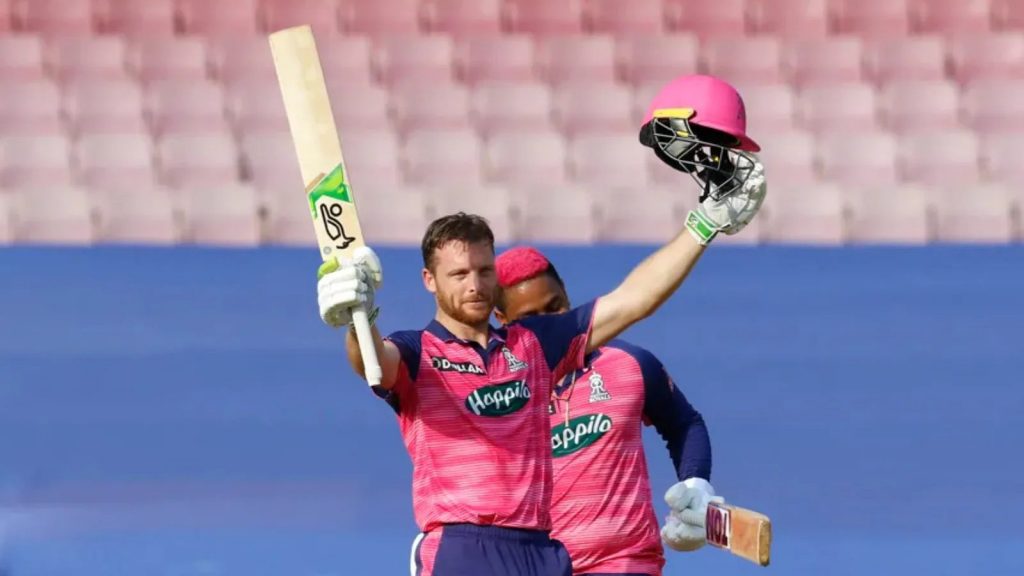 Ace Rajasthan Royals batter Jos Buttler congratulated the members of the Indian Premier League and winners of the tournament Gujarat Titans on June 3 (Friday). Gujarat Titans (GT) won the final against Rajasthan Royals (RR) by seven wickets at the Narendra Modi Stadium, Ahmedabad on May 29. RR batter Buttler finished the 2022 season as the leading run-getter with a whopping 863 runs under his belt.

Buttler called the Indian Premier League (IPL) 2022 “brilliant”. While he was disappointed not to win the final, he thanked everybody involved with the team. It was yet another thoroughly entertaining season for the fans. Every game of the IPL 2022 was closely contested, and the battle for the top-four spot went right down to the wire. The English batter added that the season was played in great spirit.

Jos Buttler says he is proud of his personal achievements

Buttler was one of the stand-out players of the tournament, donning the Orange Cap for most parts of the tournament. He was ahead of KL Rahul, who was second on the list of run-getters, by 247 runs, with an average of 57.53 in 17 innings. The Englishman said that he was proud of his personal achievements in the season and looked forward to carrying that into the next year.

RR finished the league with nine wins out of 14 matches, standing in the second position. Buttler wrote on Twitter: “Had a few days to reflect on the IPL season. Whilst very disappointed not to go all the way I want to say a huge thank you to everyone involved with the @rajasthanroyals from teammates, support staff, and especially all fans!”.

“It has been a really memorable season played in great spirit and a lot of fun! I am very proud of my personal achievements this season and thank everyone who has helped me through the tournament and look forward to building on it next year as we look to go that one step further!” added the RR batter. “Congratulations to all involved for another brilliant IPL and congratulations to @gujarat_titans on your victory.”

100MB @100MasterBlastr
19 minutes ago
#OnThisDay, Rohit Sharma scored his 5th century of the 2019 World Cup, the most by any batter in a single World Cup. 💯 https://t.co/18DPLtx6Ix
View on Twitter