On this day in 2013: Amit Mishra’s six-for routs Zimbabwe 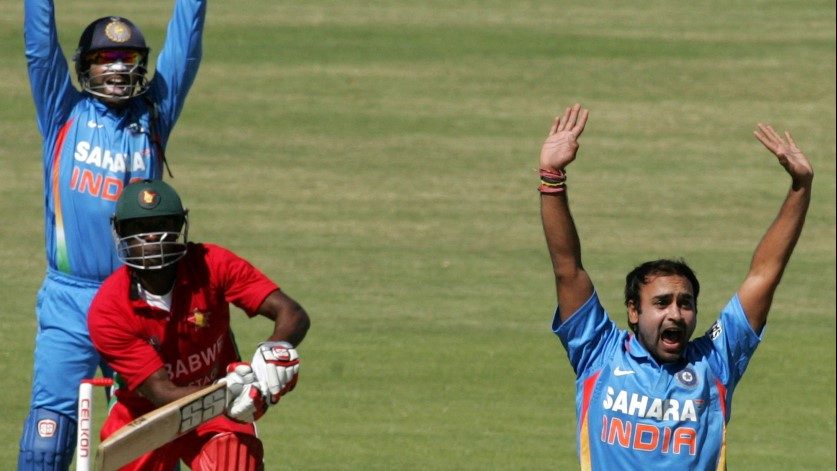 One of the finest leg spinners in the country, Amit Mishra, has flummoxed several batters with his classical leg spinning deliveries with a surprise googly in between. The 39-year-old made his debut for the Indian side in 2003 but was seen warming the bench quite often with giants like Harbhajan Singh and Anil Kumble at the peak of their careers in the team.

Mishra though was always eager to play for the national side and was impressive on most of the outings. His commanding display in IPL 2013 got him a call-up to the national team for the Zimbabwe tour, and the veteran leggie didn’t disappoint at all, scalping 18 wickets in five ODIs. And on this day in the same series, he ran riot by bagging six wickets.

India’s stand-in skipper at the time, Virat Kohli, won the toss and opted to bowl first in the fifth and final ODI against hosts Zimbabwe at Bulawayo. The visitors rattled them early in the innings after making light work of the Zimbabwean top-order batters.

The home side consolidated after losing the fifth wicket for just 72 runs and stitched a valuable partnership of 50 runs for the sixth wicket, but as soon as they thought about switching gears, they faced an unstoppable force in the form of Amit Mishra, who ran through the lower middle order like a deck of cards, reducing the hosts to a meagre 163.

Mishra’s rampaging bowling saw his return with outstanding figures of 6/48 and he was adjudged the player of the match for his tremendous bowling effort as India strolled past the Zimbabwe total with seven wickets in the bag and 16 overs to spare, making it five wins out of five in the ODI series.