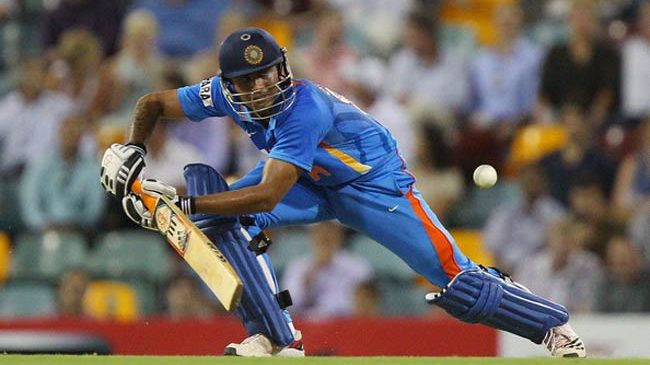 Indian team won the first two ODIs against New Zealand to seal the ongoing series win at home as they prepare for the upcoming 2023 ODI World Cup. They narrowly lead the head-to-head stats against Kiwis in ODIs but New Zealand proved too strong for India when they hosted the five-match ODI series in January 2014.

New Zealand won the opening two matches but India avoided a series loss in the third game on January 25, 2014. Indian captain MS Dhoni won the toss and elected to field first at Eden Oval in Auckland. But his decision seemed to backfire as Kiwi opener Martin Guptill gave his team a quick start.

Bhuvneshwar Kumar gave India an opening with Jesse Ryder’s wicket in the fifth over but Guptill and Kane Williamson formed a big 153-run partnership for the second wicket. Guptill smashed 111 off 129 while Williamson added 65 runs. Indian spinners kept the balance with early wickets of Ross Taylor, Corey Anderson, and captain Brendon McCullum.

Indian openers Rohit Sharma and Shikhar Dhawan gave India a hopeful opening with a 64-run partnership for the first wicket. But India lost four wickets within a span of 15 runs, including big wickets of Virat Kohli and Ajinkya Rahane.

Dhoni and Suresh Raina kept the Men in Blue on track in their chase with a small but crucial 67-run partnership for the fifth wicket. New Zealand bowlers changed the momentum again with Dhoni and Raina’s wickets and India were struggling at 184/6.

But Jadeja and Ravichandran Ashwin pulled off a defining partnership of 85 runs for the seventh wicket to drag India close to the target. Ashwin smashed 65 off 46 before getting caught out on Nathan McCullum’s delivery. But Jadeja smashed 17 runs in the last over, including 13 runs on the last three balls to tie the game.

Jadeja remained unbeaten on 66 off 45 and won the Player of the Match award as well. For the hosts, Corey took five wickets while Hamish Bennett grabbed two. Jadeja and Ashwin’s heroics helped India avoid a series loss that day, but they lost the last two games to suffer an embarrassing 4-0 defeat in their first assignment in 2014.