OTD 2001: Zimbabwe defend 138 against West Indies in upset of ages 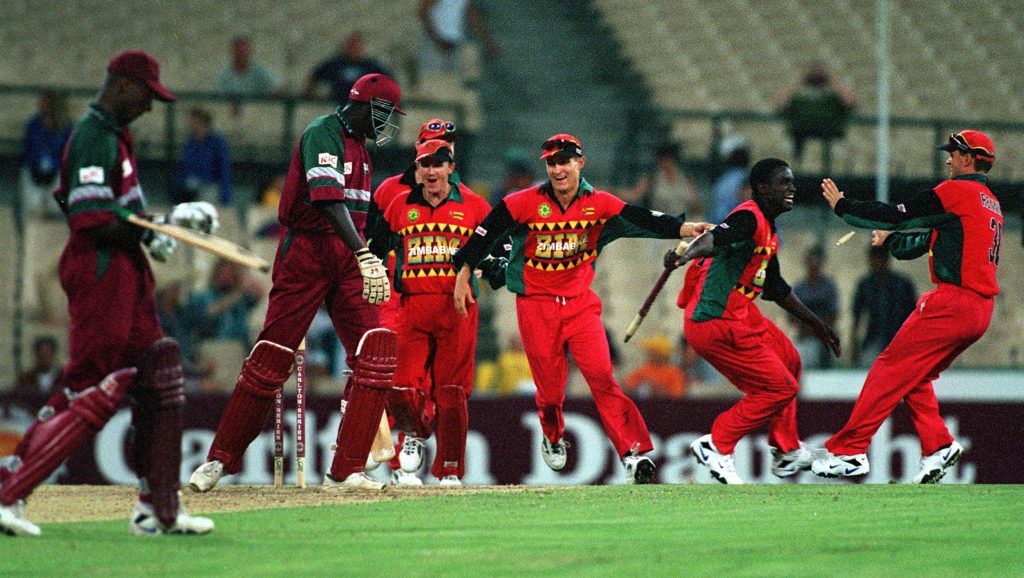 On this day in 2001, Zimbabwe pulled off an absolute heist against West Indies in a 50-over in the Carlton Series in Sydney.

Take any sport, nothing is more enthralling, engaging, or wholesome than an underdog conquering the odds and triumphing against the so called ‘heavyweights’ in a match. Such was the scenario in this clash wherein the clear underdogs were Zimbabwe whereas West Indies are known to be the giants among the cricketing nations. However, in 2001, the sixth match of the Carlton Series saw the underdog trumping the heavyweights.

West Indies won the toss and elected to field first, a decision which worked wonders for the side as the African nation were bundled out for mere 138 runs. Cameron Cuffy’s four-wicket haul coupled with Laurie Williams’ three-wicket haul wrapped up the innings and handed a massive boost to the Windies. However, ven Zimbabwe probably could not have anticipated what happened next in their wildest fantasies.

In response to the low-scoring total, the Windies lost wickets in quick time in what should have been a cake walk. Despite dominating with the ball, the batting unit displayed a rather dismal performance. Heath Streak, Mluleki Nkala, and Bryan Strang operated in tandem to execute a rescue job and get the match back alive for the African nation and send the rival side packing in their run chase.

Coming down the order for the Windies, Nixon McLean tried hard to fight back and get back into the contest, however, it seemed to late as the damage had already been done. Despite remaining unbeaten (40 runs) in his innings, the West Indies were unable to chase 138 in their stipulated 50 overs. The side was dismissed for just 91 runs in 31.5 overs of the contest. The game is to date recalled as one of the greatest upsets of all times.