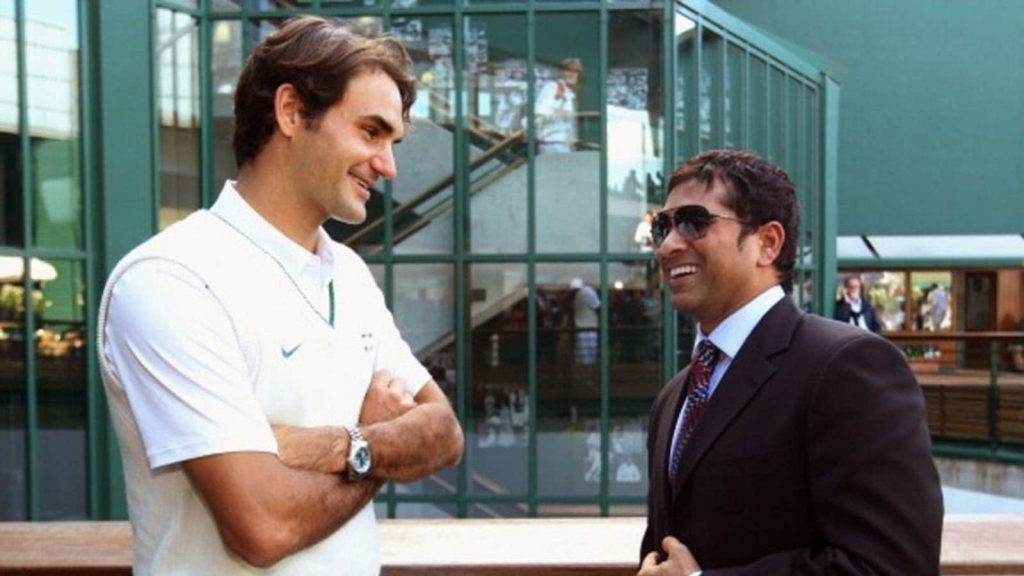 Legendary tennis star Rodger Federer shook the world after he decided to take retirement from the game of tennis on September 15 (Thursday). The legend mentioned that he’ll continue to play Tennis, but it’s over for him as far as the professional level is considered.

After his decision, several cricketers from all around the globe are wishing him the best for his future life. Indian cricketers, the likes of Harbhajan Singh, Rohit Sharma, Virat Kohli, and even the God of Cricket Sachin Tendulkar paid his heartfelt gratitude to the sports icon.

Thank you for all the wonderful memories: Sachin to Federer

Meanwhile, the Master Blaster penned a heartfelt note for Federer as he thanked Federer for the countless memories throughout his stint in the Tennis arena.

“What a career, @rogerfederer. We fell in love with your brand of tennis. Slowly, your tennis became a habit. And habits never retire, they become a part of us. Thank you for all the wonderful memories,” Tendulkar wrote on his official Twitter handle.

Roger Federer, on Thursday, announced that the Laver Cup will be his last outing

“As many of you know, the past three years have presented me with challenges in the form of injuries and surgeries. I have worked hard to return to full competitive form. But I also know my body’s capacities and limits, and its message to me lately has been clear. I’m 41 years old. I have played more than 1500 matches over 24 years. Tennis has treated me more generously than I ever would have dreamt of, and now I must recognize when it is time to end my competitive career,” said Federer in his statement.