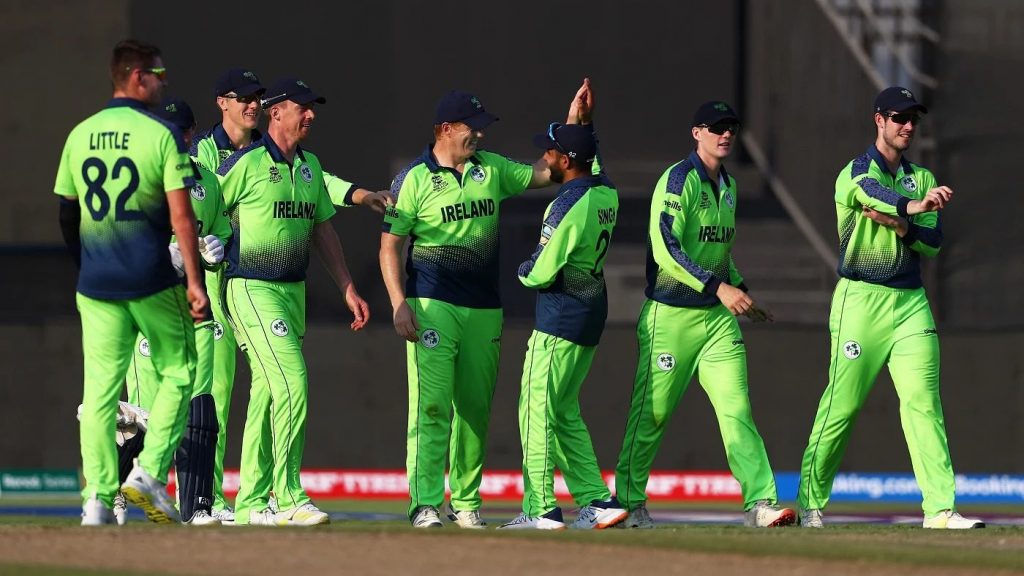 Skipper Andrew Balbirnie is set to lead Ireland as they announced their 15-member squad for the upcoming T20 World Cup 2022 on Tuesday, September 20.

The marquee event in Australia next month will be the first major assignment for Balbirnie and his troops under the guidance of Head Coach Heinrich Malan following their spectacular T20I series win against Afghanistan at home.

Ireland hosted Afghanistan for a five-match T20I series at home in August this year and won it 3-2. Ireland were clinical with their victories in the first two games as they won by seven and five wickets respectively. But just when it looked like they were going to take the series in the third T20I, Mohammad Nabi’s side fought back, and that too strongly. Nabi’s men won the third T20I at the Civil Service Cricket Club in Belfast by 22 runs and also picked up a win in the fourth T20I at the same venue by 27 runs (DLS method) in a rain-marred affair.

With the series tied at 2-2, both teams locked horns with each other in the fifth T20I on August 17 and Ireland had the last laugh as they romped home by seven wickets (DLS method) and sealed the series 3-2. Ireland have had a good preparation heading into the World Cup as they have played some top teams lately.

Ireland hosted India for a two-match T20I series in June this year. After getting humbled by the visitors in the first game by seven wickets, they scripted a strong fightback in the second T20I but had to suffer an agonising defeat by a small margin of four runs.

After the India series, they hosted New Zealand for a three-match T20I series, and despite their best efforts, they couldn’t prevent a clean sweep. Ireland also played hosts to South Africa for a two-match T20I series before the Afghanistan series and suffered another whitewash as the Proteas clinched the series 2-0.

Ireland will fly to Australia on September 29, 2022. They will firstly travel to Sydney to play a three-match warm-up series hosted by partners Randwick Petersham Cricket Club. They will then move to Melbourne to play their two official ICC Men’s T20 World Cup warm-up matches, and then go to Hobart for the first round of the tournament.