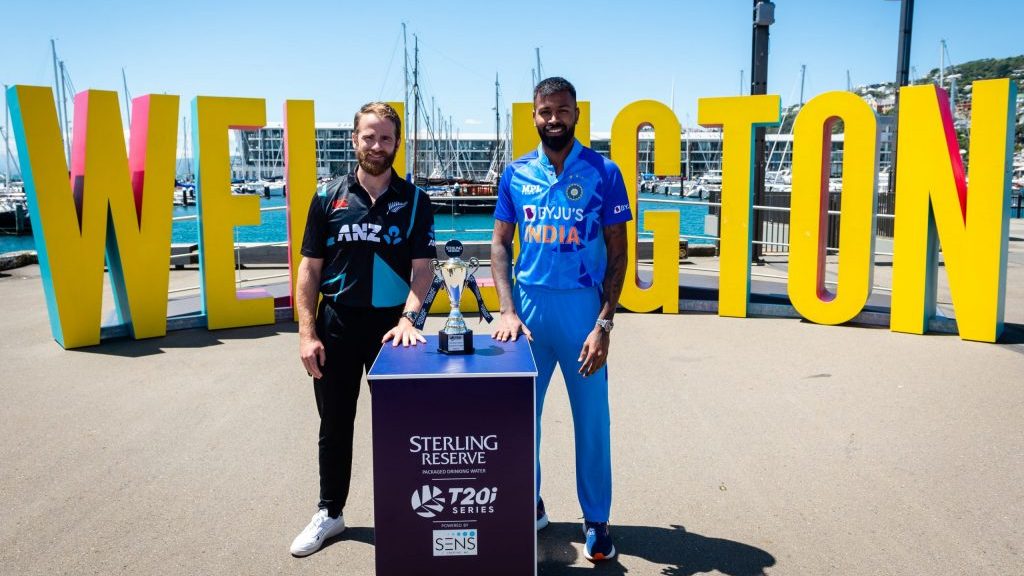 New Zealand skipper Kane Williamson will have his task cut out against India in the upcoming limited-overs assignment and this will be an important series for him in terms of the captaincy aspect. The 32-year-old could not take his side past the semi-final spot in the recent T20 World Cup 2022 after losing to Pakistan and there has been a lot of doubts over his future in the shortest format considering the hectic scheduling.

Although Williamson is quite interested in representing his country in T20Is, the management could take a harsh decision with his batting approach in the format. He will have a great chance to showcase his batting skills and his leadership credentials against a young Indian side that will be led by Hardik Pandya.

Ahead of the series, the customary pre-match photoshoot takes place with the trophy and that was the time when a hilarious incident took place. In a video posted by the Blackcaps official on Twitter, skippers Williamson and Hardik were spotted posing with the trophy in between and some strong winds almost knocked out the trophy from the table.

However, Williamson was quick to snatch it before falling and he funnily commented “I’ll have that” which brought about a good laugh among the broadcasters and Pandya.