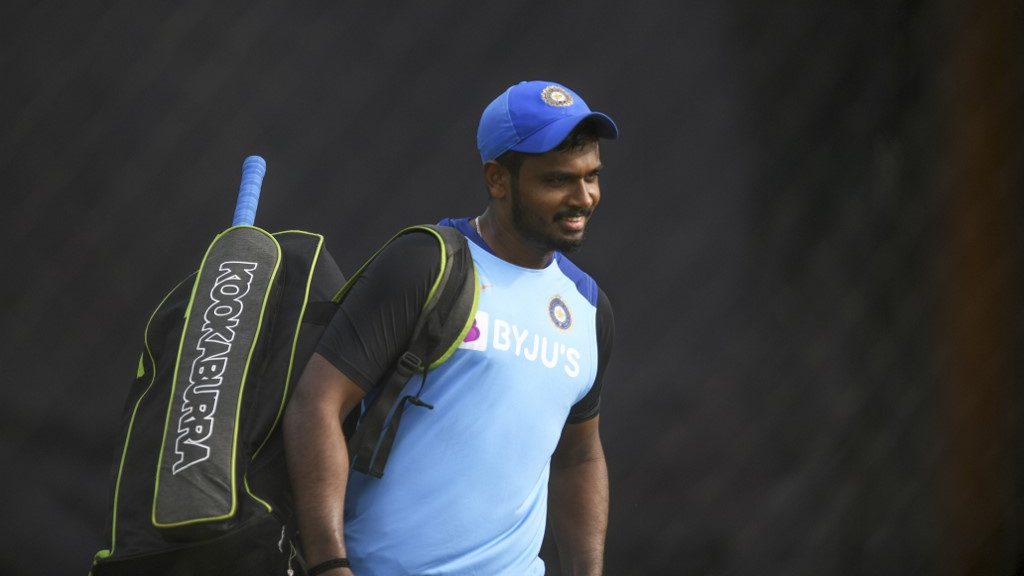 Team India battered West Indies in the T20I series opener in Trinidad on the 29th of July, Friday, and while Sanju Samson was not part of the playing XI, he won the hearts of people with his endearing gesture towards an Indian Journalist following the third and final ODI. Samson’s franchise Rajasthan Royals, posted a video on their Instagram handle, sharing the journalist’s story.

Vimal Kumar, a veteran journalist from India, got a chance to interact with India’s star batter after the third ODI in Port of Spain, and when he stated that the venue for the first T20I was a bit far from there, Samson offered his help and asked the Indian journalist to tag along him on the Indian team bus.

Vimal politely refused and said there is no need for that, and even if he wanted to travel with them, he couldn’t, because it was against BCCI’s protocol which prohibits journalists to travel alongside the team. The journalist had interviewed the Indian batting ace during his stint with Delhi Capitals in the IPL but the elegant batter failed to recognize him. He was touched by Samson’s gesture, who offered to help him since he was a fellow Indian.

The Indian journalist had shared a video of his heartwarming experience with Rajasthan Royal’s skipper on his Twitter handle and Rajasthan Royals further posted the video on the franchises’ official Instagram account with a caption: “Winning hearts, winning at life – our Sanju. 💗🫶”