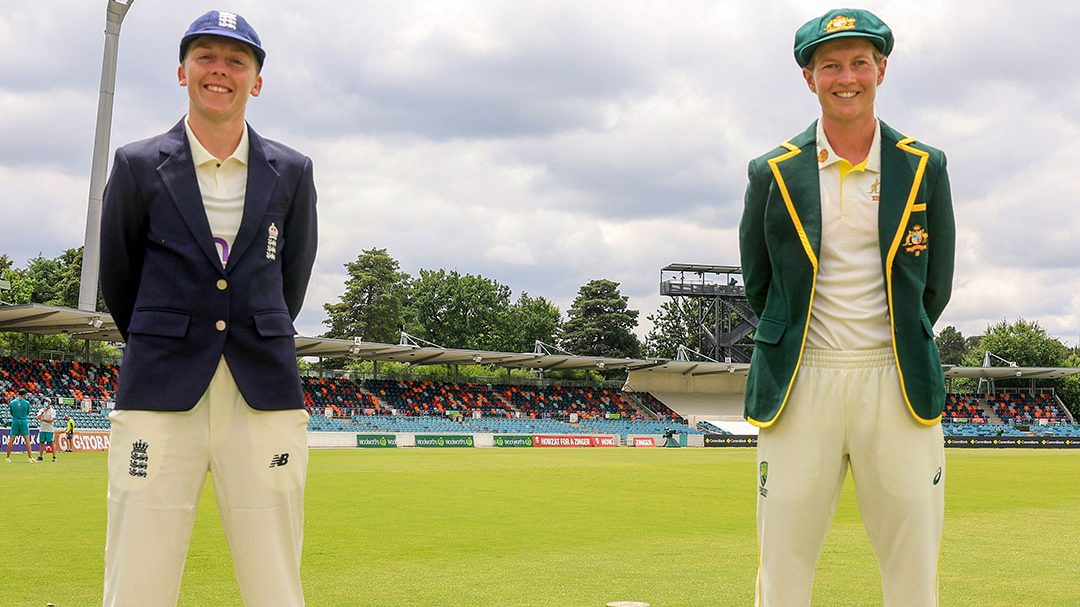 Only Ashes Test between Australia women and England women will begin on January 27, 2022, at Manuka Oval in Canberra, Australia. It will be the first Ashes Test since the year 2019 which was played in England. The three-match three T20I series already took place as the hosts won the series 1-0 with two matches getting abandoned due to rain.

Australia’s most experienced batter Ellyse Perry will once again be the mainstay as she is the leading run-scorer among active Australia women with 693 runs at an average of 86.62 in nine Tests. She struck a century and a fifty in the last 2019 Test against England and with 192 runs in the game, she ended up as the highest run-getter. Perry also scored 68 runs last time out when Australia played India in a Test match in 2021.

The skipper, Meg Lanning will be a vital cog in the match as apart from leading the side, she also bats at the crucial no. three position. She scored 78 runs in the last Ashes Test two and a half years ago in England. The 2014 T20 World Cup-winning captain, Lanning also made her debut in the format against the English side in 2013. The fourth youngest captain in women’s Test history will hope to come good both as a leader and as a top-order batter.

The wicketkeeper batter Alyssa Healy, who opens the batting for Australia, also slammed a half-century in the 2019 drawn Test. Having made her debut against England in 2011, Healy has notched up 236 runs in five Tests so far with an average of 29.50. A destructive batter in white-ball cricket, Healy, if selected in the upcoming clash, would like to transform her limited-overs performances into Test format along with her wicketkeeping duties.

With 481 runs in eight Tests with an average of 37.00 and the highest score of 157, captain Heather Knight is the highest run-scorer among the active English women in Tests. She has scored three fifties and one ton since making her debut against Australia in 2011. In 2013, she batted for nearly seven hours as her knock of 157 helped England secure a draw against the Aussies at Wormsley. In England’s last Test against India in June 2021, she mustered 95 runs having batted at no. three.

The young slow left-arm spinner, Sophie Ecclestone, who is known for her economy and accuracy took four wickets each in both the innings against India in 2021 as the no. one T20I bowler in ICC ranking and also snared three scalps in the last Ashes Test. In three Tests so far, she has picked up 14 wickets at an average of 31.42. One of the most economical bowlers in the limited-overs, she will be the one to watch out for as England will rely on her for containing the runs and picking up wickets.

100MB @100MasterBlastr
31 minutes ago
Tilak Varma had a phenomenal season and that earned him a place in this list. 💥