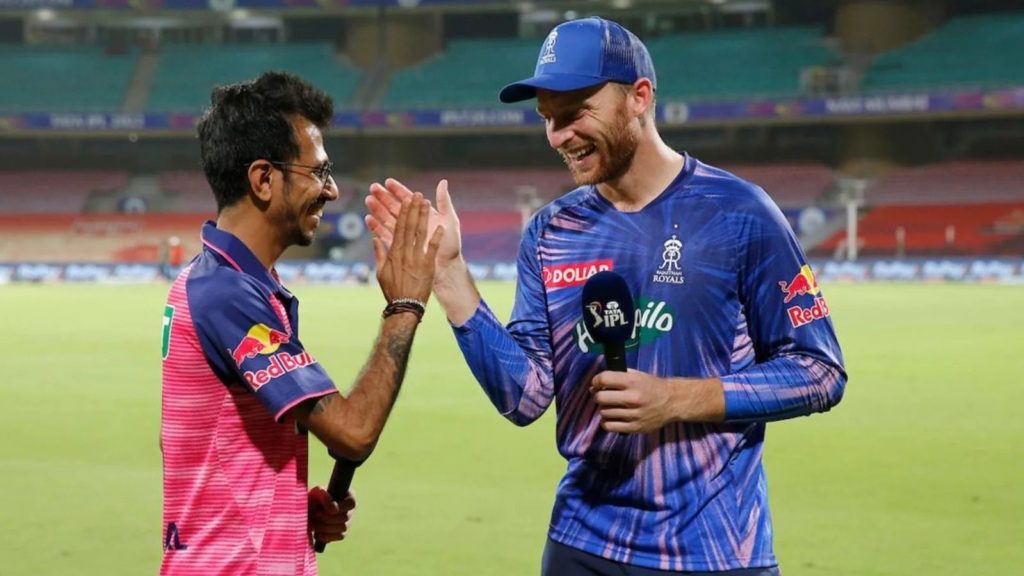 India’s spin sensation Yuvzendra Chahal has been one of the most active persons on social media always and his union with the Rajasthan Royals franchise in IPL 2022 has produced a lot of hilarious banters for the cricket fans. While Chahal likes to pull the legs of other cricketers, he got a taste of his own medicine from the official Royals Twitter page as they posted a hacked photo of Chahal’s Instagram messages on a funny note.

In the edited screenshot posted by RR, there were six different chats with his wife Dhanashree Verma being at the top and it was followed by Sanju Samson, Mahendra Singh Dhoni, Jos Buttler, the Indian Cricket Team, and Rohit Sharma. Each chat had a funny note left on it from the other end, and one of the funniest ones was Buttler requesting Chahal to give the Orange Cap back.

The message was related to Chahal’s recent picture with Jos Buttler in England which the former captioned as “Jab we met in London, Josh Bhai.” Royals had tried to mock Chahal as earlier, ahead of IPL 2022 season, the leg spinner had tried to hack the admin page of Rajasthan Royals and he shared a lot of funny tweets.

Chahal meanwhile, came up with an epic response to the Rajasthan Royals’ post stating that “Kabhi ghee ke chaante khaaye hai admin?”. The hilarious response from Chahal left the fans in splits and he is turning out to be one of the fan favourites on social media in recent times, especially with his unique celebrations.