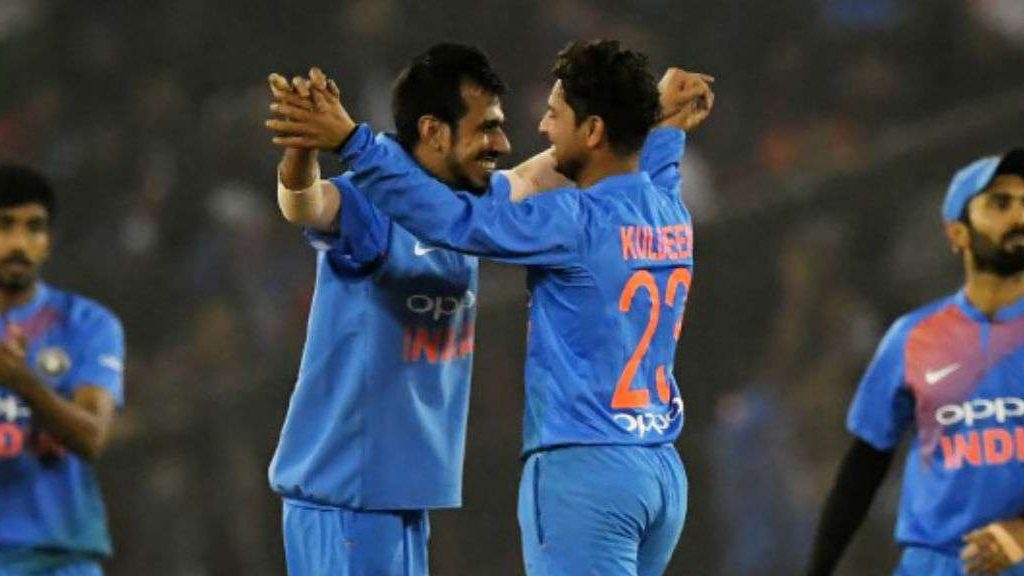 After the failures endured in the T20 World Cup 2022 campaign, semi-finalists India and New Zealand lock horns for a three-match T20I series followed by the same number of ODIs scheduled to commence from November 18.

The Men in Blue jetted off to the shores of New Zealand as both sides will cross swords and will aim to overcome the failures of the World Cup campaign. The duo of Yuzvendra Chahal and Kuldeep Yadav, ‘Kul-Cha’ as they are called affectionately, are set to reunite in their next assignment.

Ahead of the series, Chahal took to social media to post a picture with Kuldeep Yadav that is now making rounds on the internet.

“Kya haal hai @imkuldeep18 (what’s up),” captioned Chahal on social media. It is understood that the picture was from the photoshoot of Team India ahead of the India vs New Zealand T20I series.

Chahal did not get a single match in the six outings India had during their World Cup campaign despite being included in the 15-member squad. Many members of the cricketing fraternity lashed out at the management for excluding the spinner in the Australian conditions.

In any case, both Chahal and Kuldeep will be returning to action in the forthcoming series against the Kiwis. The duo has been blowing hot and cold and will need a big series to cement their spot in the setup as regulars. The clash between the two heavyweights will be an exciting one considering that both will be eager to bounce back from their losses in the marquee event.