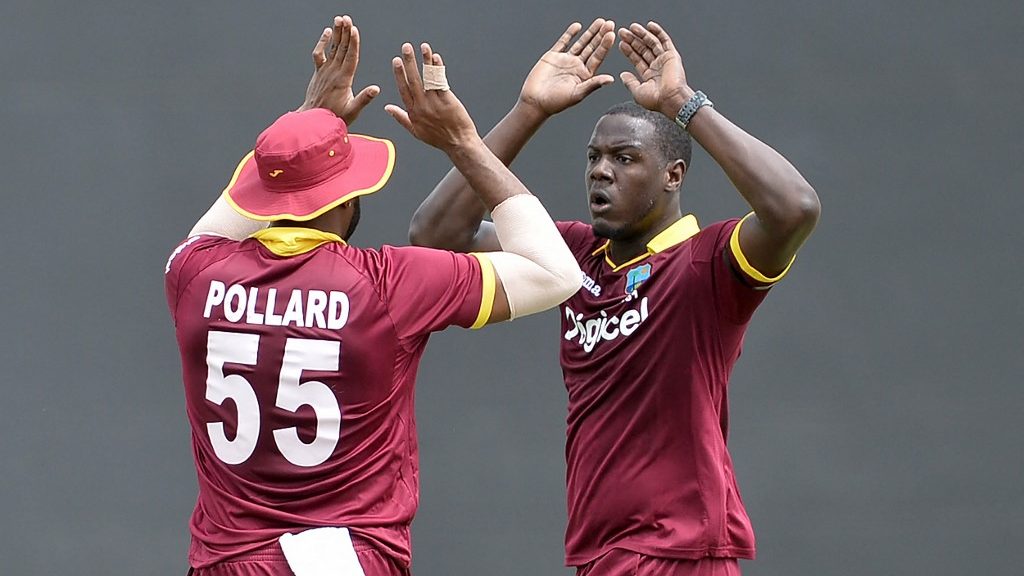 Jerome Taylor is one of the most underrated pacers to have represented the West Indies in a career that has lasted for almost two decades. He remained in the shadows of some of the renowned names from the Caribbean but still continued to do his job silently whenever the situation demanded.

Taylor, along with Pakistan pacer Hasan Ali, holds the record for the most wickets in ICC Champions Trophy history (13). The tall bowler had achieved this feat during the 2006 edition in India where the Windies made the finals.  As he turns 38 on June 22, here’s a look at three of his memorable international performances.

3. Hat-trick vs Australia in Champions Trophy 2006

Chasing 235, Australia seemed to be cruising towards an easy win when Adam Gilchrist and Michael Clarke were batting brilliantly and that is when Jerome Taylor showed what he was capable of with the ball in hand. He bamboozled the likes of Michael Hussey, Brett Lee and Brad Hogg to help the West Indies snatch victory from the jaws of defeat by 10 runs. Taylor finished with figures of 4/49.

Months before his match-winning spell against the Aussies, Taylor proved that he is a very handy Test bowler as well as he registered a brilliant fifer against India in the fourth and final Test in Kingston, Jamaica.

The famed Indian batting lineup failed to read him as he registered five-wicket haul in the first innings finishing with figures of 5/50. Taylor followed it up with a brilliant four-wicket haul in the second innings (4/45) to finish with 9/95. However, it was the Rahul Dravid-led side who had the last laugh with a 49-run win to seal the series.

1.When Jerome Taylor the batter made his presence felt

While Taylor the bowler was consistent in the mid-2000s, the Jamaican cricketer once starred with the bat in the shortest format of the game against Pakistan.  The West Indies were reeling at 48/8 in the 1st T20I at the Dubai International Stadium on September 23, 2016 and that is when Dwayne Bravo (55) found great support in Taylor who scored a run-a-ball 21. The duo added 66 runs and ended up adding the highest-ever ninth-wicket partnership in T20I history.