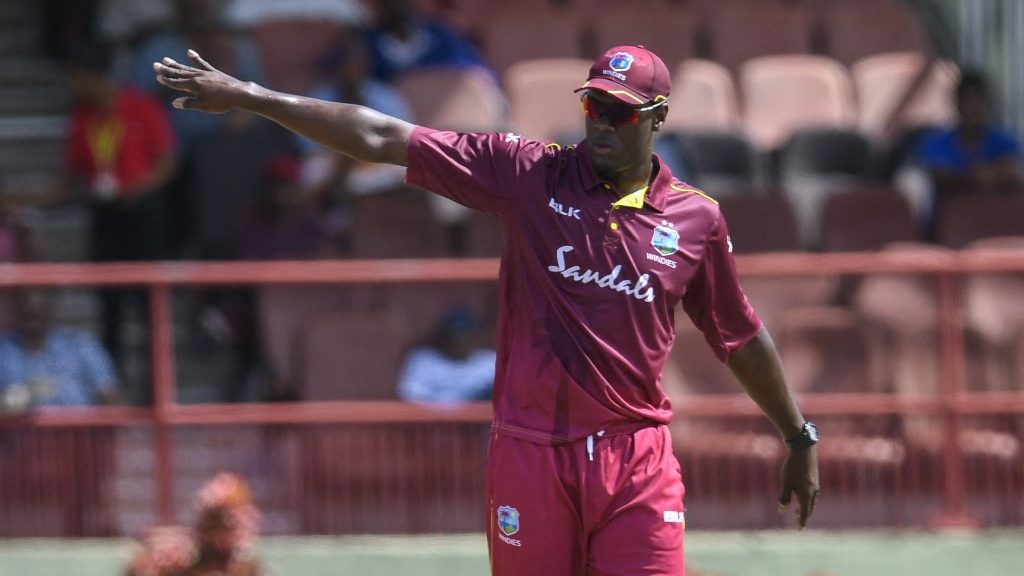 The first Test match between West Indies and England ended in a draw. The West Indies were set a target of 286 for victory on the final day, and ended their second innings with their scorecard reading 147/4 as the match ended in a stalemate.

West Indies cricketer Carlos Brathwaite has stated that Joe Root went on till only six balls were left to be played even though two well-set West Indies batters were out in the middle. Adding that the pitch was also not doing much for the bowlers, Brathwaite said that England acted as though they still felt they could knock off the final six West Indies wickets when two batters were playing well.

“In my opinion it did (go on longer than it needed to). If I were (West Indies captain) Kraigg Brathwaite or any of the other senior players in that dressing room I would have found it a bit disrespectful that in the last hour, with two set batsmen batting the way that they were and the pitch offering nothing England felt as though they could get six wickets in the last 10 overs going up until five balls left,” said Brathwaite as quoted by BT Sport.

West Indies have two matches to prove they are better than England think they are: Carlos Brathwaite

Brathwaite also questioned whether England would have gone on to do the same thing had they played an Ashes Test against Australia or a Test match against the Indian side. Adding that the West Indies are a better side than what they are given credit for, Brathwaite concluded by stating that the hosts have two matches to prove the same to England.

“Would England have done that if it was an Ashes Test or against India, New Zealand or Pakistan? I think the answer is no, so why have they done it against us? The West Indies are a better team than we give them credit for, this passage of play proves it and now we have two Test matches to prove that we are better than England think we are,” concluded Brathwaite.