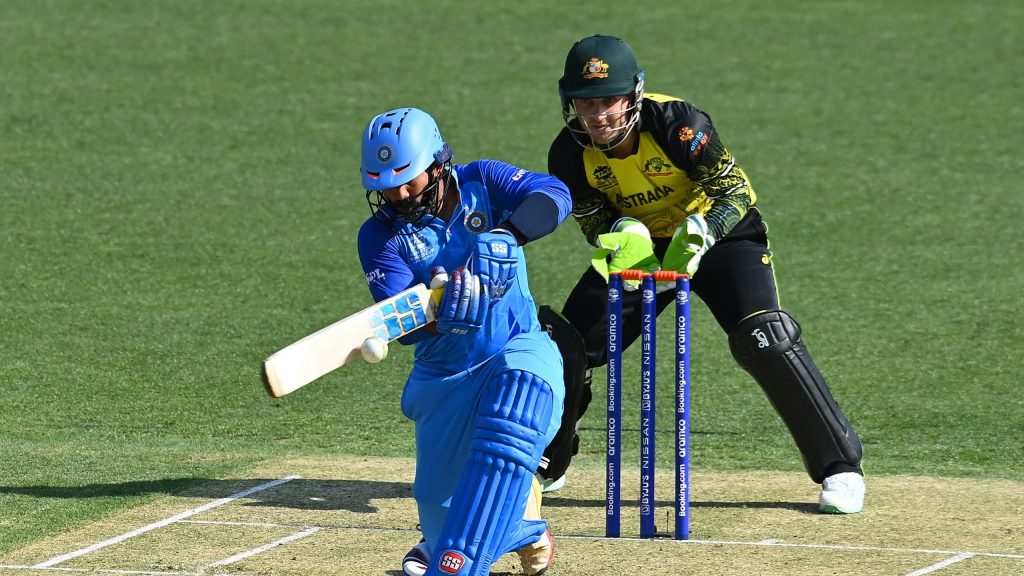 India wicketkeeper-batter Dinesh Karthik has posted an emotional video after India’s exit from the ICC T20 World Cup 2022 in Australia. The Men in Blue finished as the table-toppers in Super 12, but a dissapointing 10-wicket defeat against England in the semis halted their progress.

Karthik was included in India’s playing XI for most of the matches. However, he was not a part of last Super 12 fixture against Zimbabwe and the semifinal against the eventual champions England where Rishabh Pant was preferred ahead of him.

Worked hard towards the goal of playing the T20 World Cup for India : Dinesh Karthik

In a touching video posted by Dinesh Karthik on his official Instagram account, he shared the treasured moments spent with his family and teammates down under during the marquee tournament.

The video was captioned as:

“Worked hard towards the goal of playing the T20 World Cup for India and it was such a proud feeling to do so… we did fall short of the ultimate motive, but it did fill my life with many memories to cherish. Thank you to all my fellow players, coaches, friends and most importantly the fans for the undying support. ♥️ #DreamsDoComeTrue #T20WorldCup”