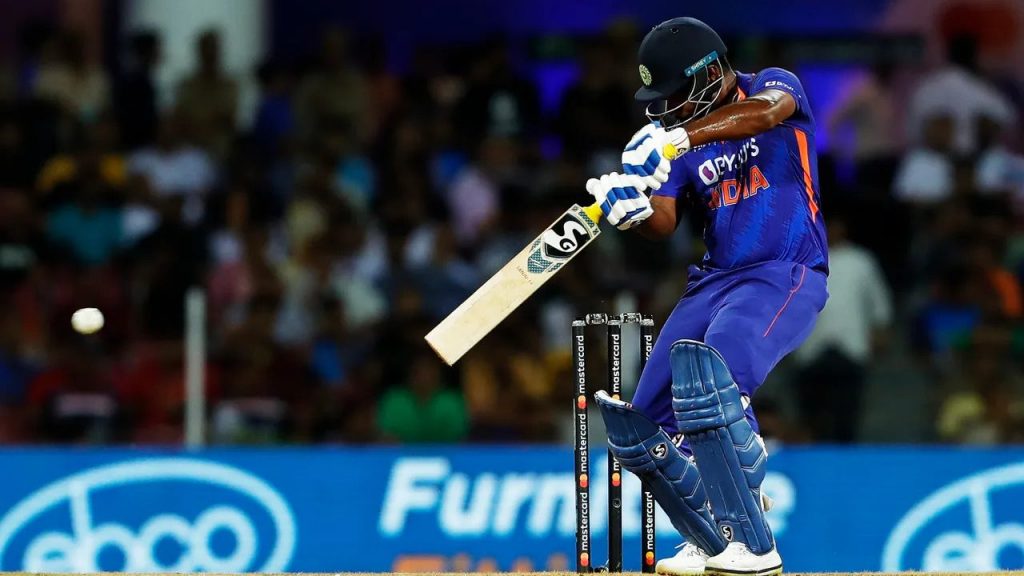 Wicketkeeper-batter Dinesh Karthik has said that he would love to see Sanju Samson featuring in India’s playing XI ahead of an in-form Suryakumar Yadav in the third T20I against New Zealand in Napier on Tuesday, November 22.

Samson was not given a chance in the last game where the Men in Blue came out on top by 65 runs. His exclusion left the cricket fans shocked and annoyed and they criticized the team management on social media.

India can bring in Samson as he will be well-suited to the conditions: Dinesh Karthik

“The only player India can replace right now is Suryakumar Yadav. They may want to give him a break and probably bring him in for the ODIs. The rest of them have just come in and to give them one game is unfair to everybody,” said Dinesh Karthik while speaking on a cricket news website.

“India can bring in Samson as he will be well-suited to the conditions because he likes playing fast bowling and is a good player of short-pitched bowling. I would love to see Samson instead of Suryakumar Yadav,” he added.

“But you also have to understand Hardik’s point of view. He is a newly-appointed captain and he’d like to win every game that he captains and he wants to put his best side in front and make sure his ability to lead comes flying through,” he further added.

Suryakumar Yadav had scored a blistering 51-ball unbeaten 111 in the last match which also happened to be his second T20I century. The Mumbai cricketer was adjudged the Player of the Match for his match-winning knock. With Yadav looking in splendid touch, it now remains to be seen whether the team management would risk benching him for the decider.

Meanwhile, Sanju and Pant are the two frontline wicketkeepers for this tour in the absence of Dinesh Karthik. Rishabh Pant who has had a forgettable year in T20Is so far had yet another day to forget in the previous fixture as he walked back scoring only six runs against his name from 13 deliveries at a dismal strike rate of 46.2. It would be interesting to see whether Sanju Samson will don the gloves for this game instead of an underfire Pant.