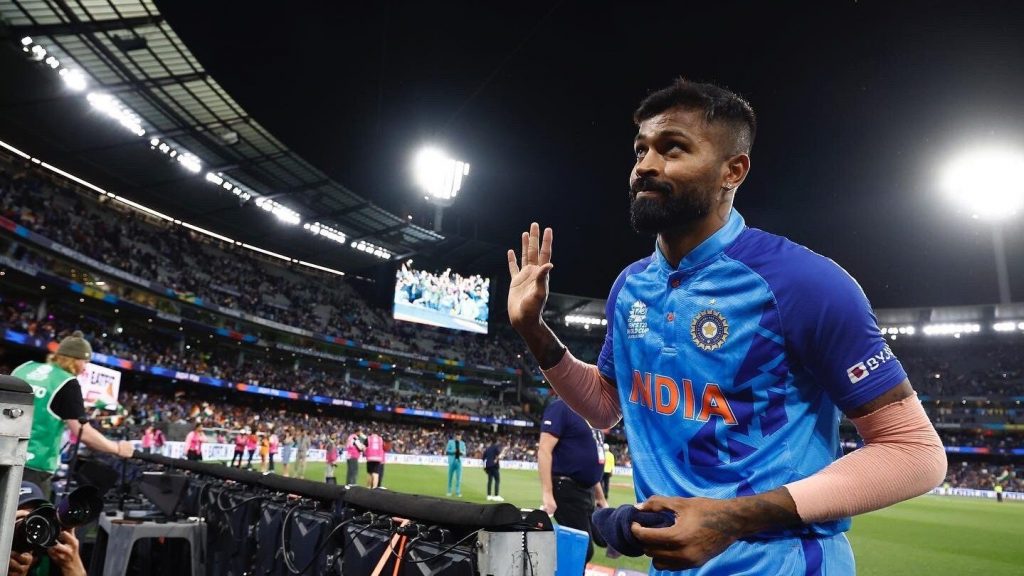 Team India crashed out of the recently concluded ICC T20 World Cup 2022 in the semi-final stage to England. Following the screeching halt in their campaign, Men in Blue have been at the receiving end of a lot of criticism.

Skipper Rohit Sharma has himself received a lot of flak for the lean patch in terms of his performances in the tournament. This has led to speculations and demands for personnel changes to having a new captain leading the side.

Hardik Pandya is currently the stand-in captain in the ongoing New Zealand tour for the T20I series. Fans and members of the cricketing fraternity have begun wondering if the management must consider Hardik to lead the T20 format in the national setup.

Hardik has never shied away from shouldering the responsibility, as he first did so in Ireland earlier this year, following a successful IPL stint where he led debutants Gujarat Titans to the title. Moreover, the star all-rounder has the experience, especially with the captaincy skills of Virat Kohli, Rohit Sharma, and MS Dhoni brushed off on him.

Assuming he takes up the role in the T20I format, this would ease some load off Rohit Sharma, who currently leads the team in all three formats. Currently, the side has been receiving criticism for not playing freely and aggressively. With Hardik as the skipper, a lot of youngsters may get their chances in the squad, and adding to that a fearless brand of cricket may begin to develop.

It is all but final and the selectors will make their call on the player taking over the captaincy role in the shortest format of the game. The ongoing New Zealand T20I series will be a crucial one for Hardik and the BCCI should perhaps give him a few more chances to lead the team before reaching a suitable conclusion. It remains to be seen what transpires as the move would certainly benefit the T20I side and will ease the pressure off Rohit Sharma to play his natural game.