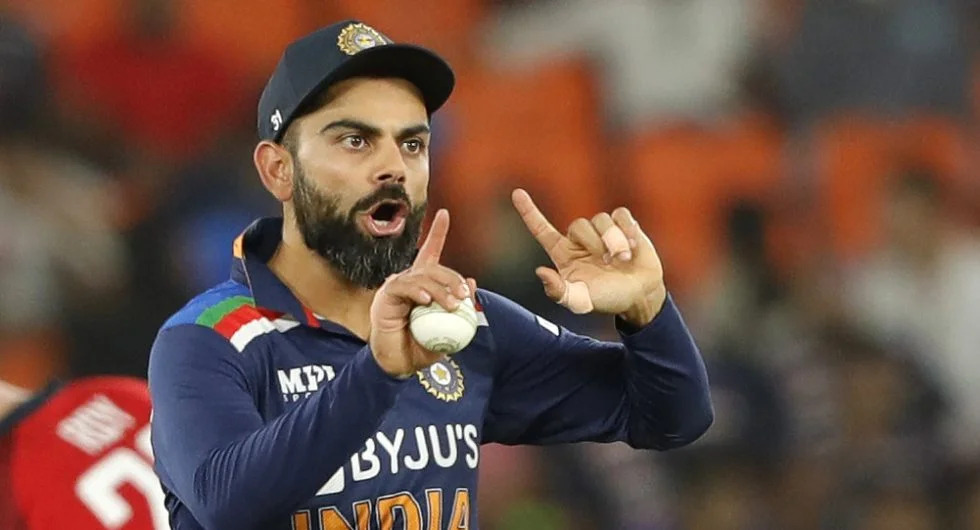 Former Indian skipper Virat Kohli is known for standing up for his teammates. In a video that has surfaced on social media platforms, the prominent Indian batter can be seen having a conversation with a spectator who was watching a four-day warm-up game between Leicestershire and India.

The event occurred on the third day of the match when Kohli was seen confronting someone in the crowd from the balcony. In the video posted on social media, one of the spectators was seen calling and making fun of the Indian pacer Kamlesh Nagarkoti who was fielding near the boundary ropes.

After the warm-up game, team India is slated to play the rescheduled fifth Test match followed by the T20I and ODI series against home-side England. Kohli, who has been struggling for runs recently at the international circuit, made 33 runs in the first innings of the warm-up match. The right-handed batter will want to have a good tour of England and wish that his century drought ends in this tour.

Taking about India vs England series, the Test match is slated to start on July 1. The white-ball series will start from a three-match T20I series taking place from July 7 (Thursday) and then the same number of ODIs starting from July 12 (Tuesday). Team India has already announced its squad for the Test match.

Meanwhile, another Indian team will be touring Ireland for a two-match T20I series against the home side. Star all-rounder Hardik Pandya has been named captain of the second-string squad. Experienced pacer Bhuvneshwar Kumar will take over the vice-captain responsibility.

Prominent batter Suryakumar Yadav is also making a comeback in the Indian squad and he will look to get back in form. The two-match series will start on June 26 (Sunday) and the final match will be played on June 28 (Tuesday). Both matches will be played in The Village, Malahide, Dublin.