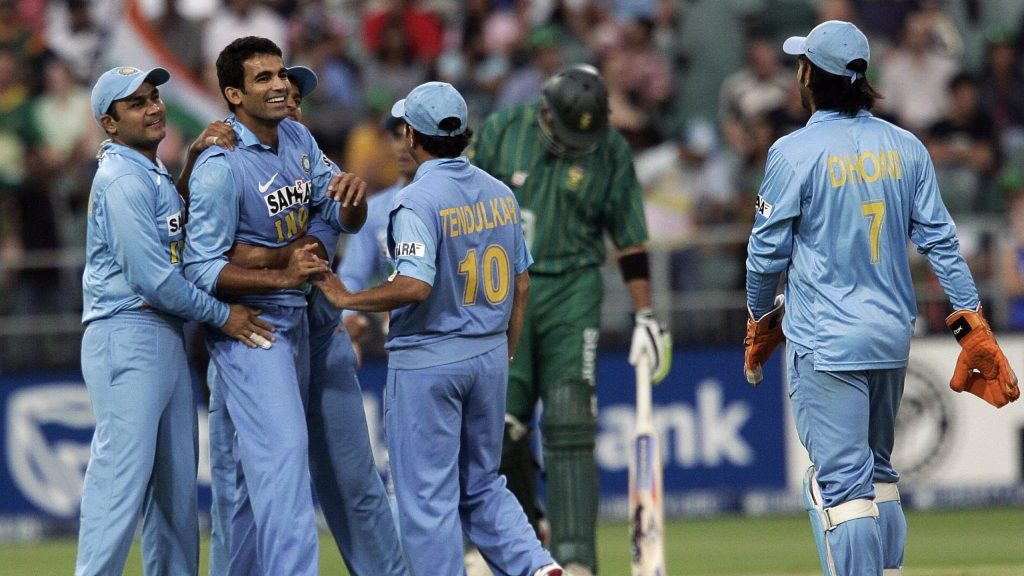 India, the current no.1 team in the T20I format, are busy preparing for the upcoming 2022 T20 World Cup starting from October 16. India won the inaugural World Cup edition in 2007 under the captaincy of former cricketer MS Dhoni. And since then, Indian team have been a force in T20I cricket. But surprisingly, India played only one T20I game before the 2007 World Cup when they faced South Africa in Johannesburg on December 1, 2006, and registered a win to record their first.

South Africa hosted India in a five-match ODI and three-match Test series in 2006 but played one T20I game after the fourth ODI match. This was only the 10th international T20I game at the time, and India’s first.

India, under the leadership of Virender Sehwag, lost the toss and were invited to bowl first. South Africa rested their key players Jacques Kallis, Shaun Pollock, Mark Boucher, and Makhaya Ntini after sealing the ODI series by 3-0 with a game in hand. But India started with a strong-looking side with Sachin Tendulkar opening with Sehwag.

India were clear favourites to chase this low-score total with plenty of firepower in the team. Sachin and Sehwag, one of the best opening duos in white-ball cricket at that time, started India’s innings. But unfortunately, India lost Sachin for 10 off 12 in the fourth over on Charl Langeveldt’s delivery.

But upcoming batter Dinesh Mongia and Sehwag avoided further slip-ups with a crucial 43-run partnership for the second wicket. Sehwag scored 34 off 29 before getting run-out in the 10th over. Langeveldt then bowled out Indian youngster MS Dhoni on a duck to get South Africa into the game for the first time.

Mongia was caught out in the 18th over, who scored the highest 38 runs off 45 balls for India. Dinesh Karthik smashed six on the first delivery of the 20th over when India needed nine runs to win in the last over. Karthik remained unbeaten on 31 off 28 and also won the Player of the Match award.