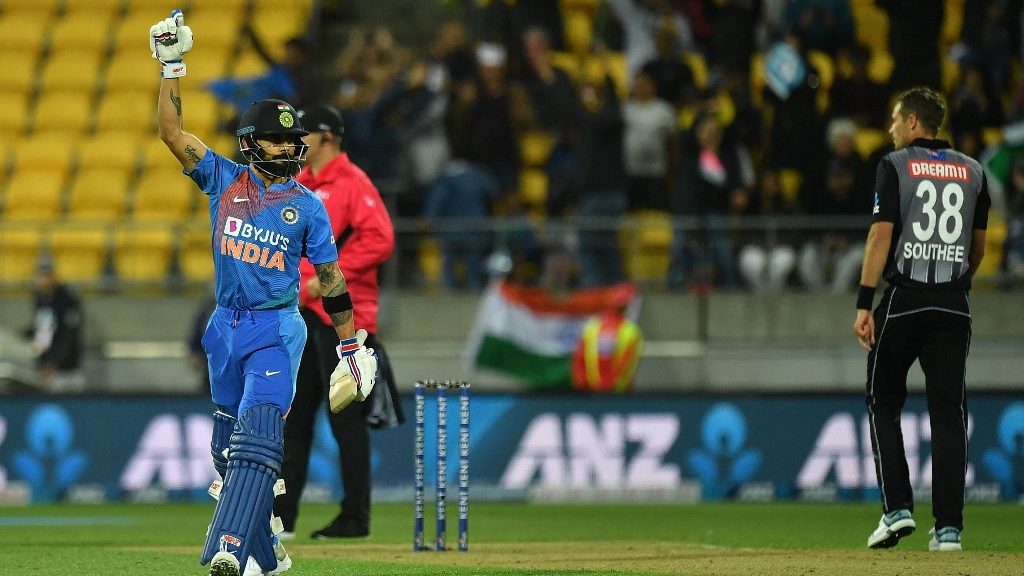 Team India amassed a massive 65-run win over hosts New Zealand in the second T20I of the three-match series. The Hardik Pandya-led side tied in the last T20I to seal the series and has begun the preparations for the ODI series against the Kiwis under the leadership of Shikhar Dhawan.

With the Men in Blue presently on the shores of New Zealand for the T20I and ODI series, we provide you with a summary of what occurred the last time when the two giants collided in the same venue.

India last toured in the 2019-20 season under the captaincy of Virat Kohli for prolonged series across all three formats. 24th January kicked off the first of the five-match T20I series between the two sides. The hosts in the first innings amassed a massive total of 203 runs courtesy of Colin Munro’s 59 runs.

However, the Men in Blue made short work of the total and chased it in 19 overs thereby handing them the lead. After drawing first blood in the series, New Zealand again batted first in the second match and put up a rather underwhelming score of 132 to which India swiftly got the better of the rival side and emerged victorious.

The onus was on the hosts to turn the tables in the must-win encounter in the third T20I match. Interestingly enough, both the third and the fourth T20I matches resulted in super overs as the scores were level after the 20 overs. India successfully won both the 6-ball contests thereby clinching the series 4-0. However, with the final match still remaining, New Zealand put up a tough fight against the visitors and one of the highlight points in the match was Shivam Dube conceding 34 runs off an over. Despite the hard fight, India emerged victorious yet again claiming the series win 5-0.

The Kiwis then turned the tables in their favour in the three-match ODI series, projecting sheer dominance in the first two ODI matches and leading 2-0. In the first match, India set up a total of 347 that was chased by the hosts in under 49 overs. In the following match, the Kiwis bowled out India for 251 runs in their chase of 273 set by the hosts.

In the final ODI match, India set up a total of 296 in their 50 overs, however, a determined Kiwis side chased the target yet again in under 48 overs. This was the same match wherein KL Rahul’s 112 went in vain and New Zealand won the series 3-0.

The Kane Williamson-led side replicated the results of the ODI series in the red-ball format. New Zealand tormented India in the first test match winning the contest by 10 wickets marking their 100th test win. Tim Southee recorded a five-wicket haul in the match that marked his 10th such haul in his test career.

In the following test match, India began their innings strongly but resulted in no good as the Kiwis kept projecting their dominance.  Kyle Jamieson relished a five-wicket haul in the contest as the side clinched the Test series by 2-0.