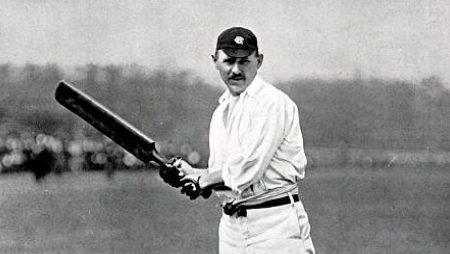 Reaching a landmark of 1000 runs in any particular format is an achievement for a batter. The milestones are always special for a player irrespective of the format. To reach it in the oldest format of the game, Test cricket is more remarkable, and when you are the first one to do so it has its own beauty.

Former England player late Arthur Shrewsbury, born on April 11, 1856, got his name into the history books as he became the first player to complete the milestone of 1000 runs in the history of Tests. The right-handed batter achieved this feat in the first of the three-match series against Australia at the home of cricket, Lord’s, in the year 1893.

England batted first and Shrewsbury opened the innings with captain Andrew Stoddart. When he reached seven runs in his knock of 106, the English batter created history. Shrewsbury batted for 250 mins and struck nine fours against the likes of Charlie Turner and Hugh Trumble. His innings helped his side in reaching a total of 334.

In the second innings, he smashed 81 runs with the match ending in a draw. Shrewsbury, who made his debut against Australia in Melbourne in the year 1882, played 23 Test matches and scored 1277 runs at an average of 35.47. He slammed three centuries and four half-centuries with the highest score of 164 in the format.

He last appeared in a game against the Aussies in Manchester in 1893 as he ended his 11-year career. He last took his last breath on May 19, 1903, aged 47y 38d. Australia’s Alec Bannerman was the second player to reach the feat after Shrewsbury when he played a knock of 55 runs against England at The Oval in the year 1893.