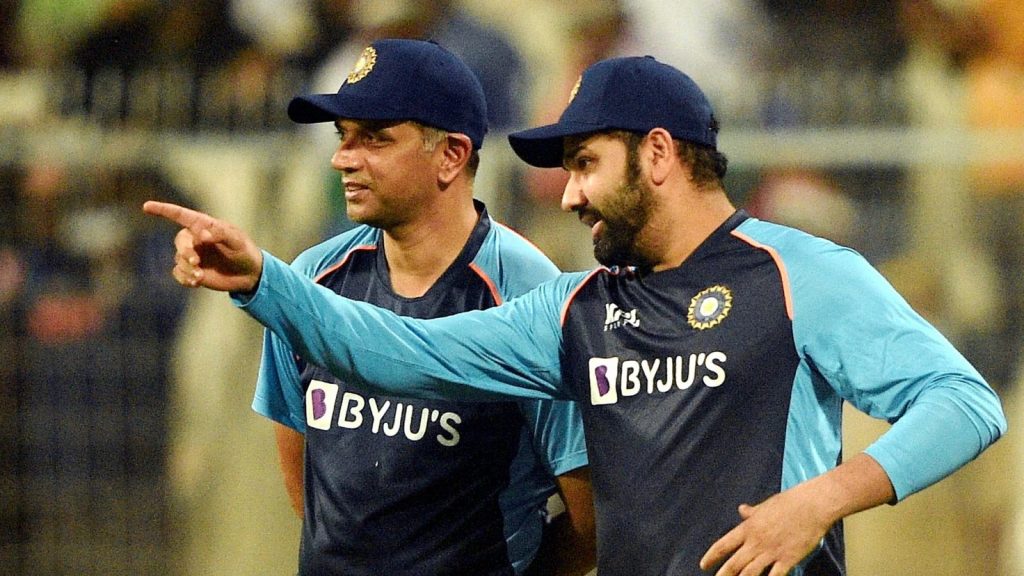 The Indian team has seen frequent changes in the playing XI since former Indian skipper Rahul Dravid took over the reins of the head coach of the team. While many cricket experts have questioned his rotation policies, star all-rounder Hardik Pandya has commended the head coach for instilling confidence and a sense of security in the players.

The team management rested senior players like Rohit Sharma, Virat Kohli, Jasprit Bumrah, and Mohammad Shami for the ODI series. While the Indian skipper returned for the T20I series, the others have been given an extended rest with the Asia Cup in sight later this month. In the absence of Jasprit Bumrah, Arshdeep Singh has shone and is starting to stake a claim for a place in the squad for the T20 World Cup later this year in Australia.

Hardik lauded head coach Dravid and skipper Rohit for keeping the team together and maintaining a secure environment in the dressing room, as the players are informed about their playing chances beforehand, and they do not have to look over their shoulders anymore with plenty of chances coming their way.

“A lot of credit goes to him (Rohit Sharma) and Rahul Dravid, the way they’ve got the team together. Making sure a lot of positive mindset come in and at the same point of time players are feeling secure, they are not looking over their shoulder, making sure they are getting ample chances. They are being told if they are not playing, so that is something which is commendable,” Hardik shared his views on Rohit’s captaincy after the third T20I.

Hardik, who is deputising for the Indian skipper in the T20I series in the Caribbean, is unflustered by the responsibilities. He instead reckoned that responsibilities add more flair to his game as he starts thinking about adding more ways of contributing to the team.