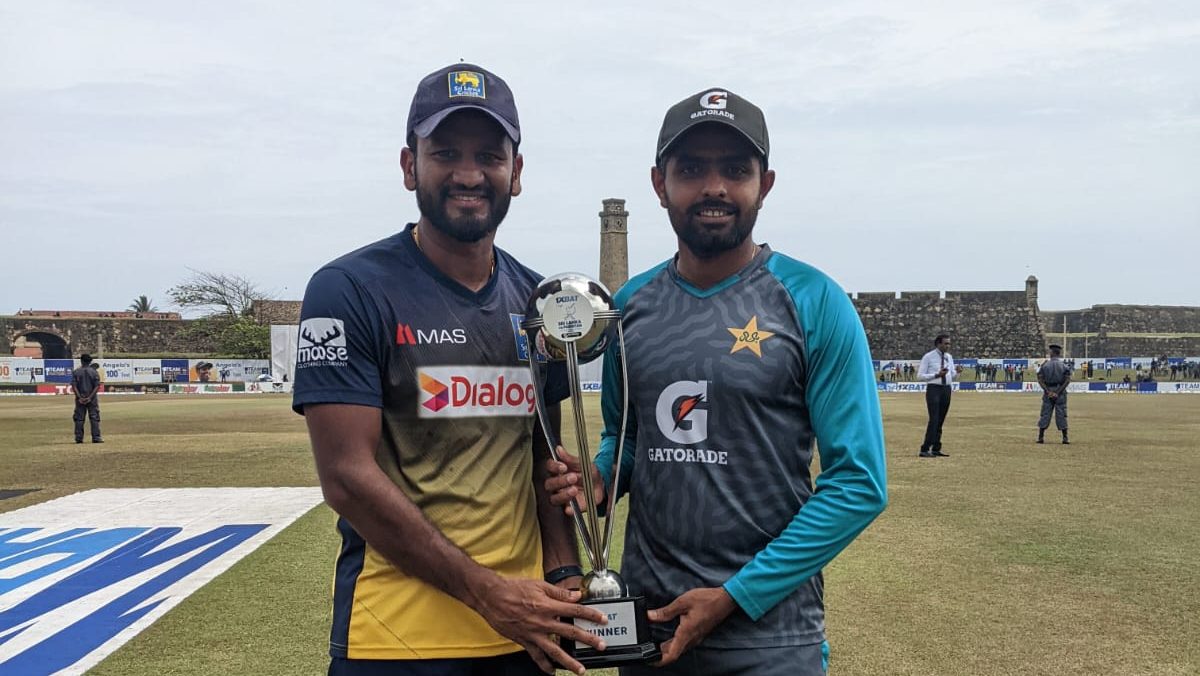 Sri Lanka yet again saved themselves from a series whitewash as they bounced back strong and made a comeback to win the second Test match against Pakistan. The visitors had taken a 1-0 lead after winning the first game, but comprehensive efforts from the Sri Lankan lineup helped them to grab the upper hand against Pakistan, and eventually win the second and final Test by a whopping 246 runs.

Sri Lanka posted 315 runs on the first day and lost six wickets, but aimed to continue and post a bigger total on the second day. Their first innings ended at 378, but they kept their momentum going as Asitha Fernando scalped Abdullah Shafique, the first game’s match-winner, on just the second ball of the innings. Pakistan batters struggled to get their game going as Sri Lankan bowlers kept picking wickets at regular intervals. The visitors’ lineup crumbled and they ended their innings scoring 231 runs.

Sri Lankan batters were able to dominate Pakistan’s bowling attack, mainly due to Dhananjaya de Silva. His 109 runs allowed the hosts to declare at 360/8 and pose an improbable 508-runs target for the visitors to chase. Pakistan started the final day with nine wickets in hand, and it looked like they would manage to draw the game in order to win the series 1-0.

Pakistan skipper Babar Azam was yet again at his best on the final day but the Pakistan batters were losing the momentum slowly. Prabath Jayasuriya stormed through Pakistan’s batting lineup and wreaked havoc on the field, again. He bagged another five-wicket haul, his fourth in just six Test innings of his career, as the Pakistani lineup came crashing down. Sri Lanka thrashed the visitors to a 246-run defeat and levelled the series 1-1.

Meanwhile, let us take a look at the WTC points table after Sri Lanka vs Pakistan game:

South Africa continues to dominate the rankings and has secured the top position with 71.43 percentage points. Australia is ranked second with a bare margin, having 70 percentage points. Sri Lanka has jumped three places to take the third spot, from their previous sixth rank. India is placed at the fourth position, whereas Pakistan has dropped two places down to take the fifth spot. As a result, West Indies has dropped down one spot to the sixth. England, New Zealand, and Bangladesh are placed in the seventh, eighth, and ninth spots respectively.