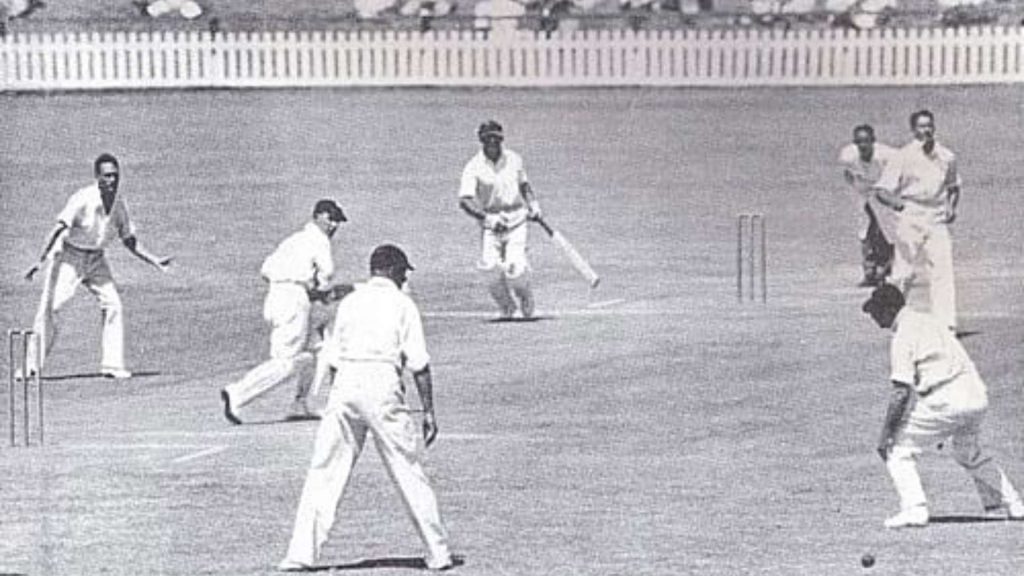 The Test format is one such format where teams play n number of overs and score a mountain of runs in an innings. Unlike the ODIs and the T20Is, a team can bat freely and with freedom in cricket’s oldest and purest format. By doing so, the aggregate runs from both sides in four innings go well above 1500 runs in an entire Test match.

Let’s take a look at the highest aggregate run totals in a Test match: (Top 3)

During the West Indies tour of Australia in 1969, the two teams scored 1764 runs combined in the fourth match of the series in Adelaide, which is the third-most aggregate run total in the history of Test cricket. The visitors batted first and got bundled out for 276. Australia posted a mammoth 533 runs in their first innings as all the first seven batters crossed the 30-run mark. The Caribbean side bounced back brilliantly to smash 616 runs in the second innings. Finally, the match got drawn with the Aussies managing to score 339/9 in the final innings of the game.

During the fourth Test of England’s tour of West Indies in 1930, both teams piled up 1815 runs combined. The tourists batted first and slammed 849 runs, the third-highest total in an innings, in 258.2 overs before the hosts got bowled out for 286 runs in 111.5 overs in reply. The English side then posted 272/9 d in the second innings with finally the clash ending in a draw with West Indies scoring 408/5 in the final innings.

South Africa and England almost touched the 2000-run mark in the year 1939. During the fifth Test of England’s tour of the Rainbow nation, the match tally stood at 1981, the most in the history of the format. The hosts batted first and racked up 530 runs while England got bundled out for 316 runs in reply. The Proteas then amassed 481 runs with the game ending in a draw as the visitors scored a mammoth 654/5 in their second innings.

100MB @100MasterBlastr
20 minutes ago
#OnThisDay, Rohit Sharma scored his 5th century of the 2019 World Cup, the most by any batter in a single World Cup. 💯 https://t.co/18DPLtx6Ix
View on Twitter