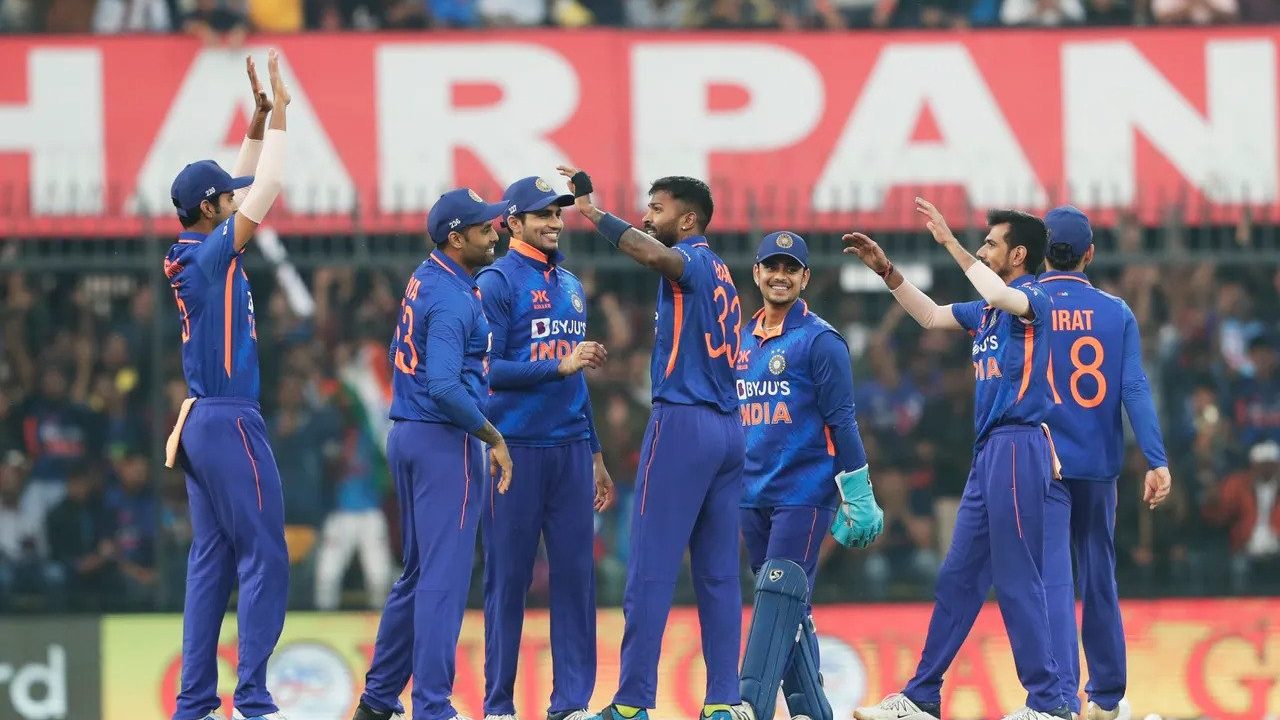 India won the third T20I match against New Zealand to clean sweep the three-match series on Tuesday (January 24). The hosts posted a big total of 385/9 while batting first with Shubman Gill and Rohit Sharma scoring hundreds. Then Shardul Thakur and Kuldeep Yadav took three wickets each to bowl out the Kiwis to 295 runs in 41.2 overs.

Rohit and Gill cruise to their centuries

Earlier in the day, the New Zealand skipper Tom Latham won the toss and elected to field first at the Holkar Cricket Stadium in Indore. Umran Malik and Yuzvendra Chahal replaced Mohammed Shami and Mohammed Siraj for India while Jacob Duffy came in place of Henry Shipley for the travelling side.

Latham’s decision to bowl first backfired as Indian openers Rohit and Shubman dominated New Zealand bowlers from the start. Rohit ended his century drought and scored 101 off 85 before getting bowled on Michael Bracewell’s delivery in the 27th over. Gill smashed 112 off just 78 balls but quickly followed Rohit to the pavilion.

New Zealand bowlers kept the game balanced with the wickets of Ishan Kishan and Suryakumar Yadav. But Hardik Pandya’s 54 runs off 38 balls and 25 runs from Shardul Thakur guided India to a big total. Jacob Duffy and Blair Tickner took three wickets each for the Kiwis but proved costly.

Shardul and Kuldeep complete the whitewash

Hardik cleaned up Finn Allen on the innings’ second delivery to give India the desired start. But Devon Conway and Henry Nicholls pulled off a big 106-run partnership for the second wicket to keep New Zealand hopeful in their chase.

Kuldeep gave India a breakthrough with Nicholl’s wicket in the 15th over but Conway formed another big partnership with Daryl Mitchell for the third wicket. Shardul dismissed Daryl Mitchell and Tom Latham on back-to-back deliveries to put India in the driving seat.

Mitchell Santner and Michael Bracewell dragged the game further with their cameos but New Zealand were bowled out for 295 runs. Shardul and Kuldeep took three wickets while Chahal grabbed two to guide India to a big 90-run win.

Top Performers from this match:

The young Indian opener scored 112 off just 78 with the help of 13 fours and five sixes to give India the start they needed. Conway and Rohit also scored centuries today but Gill’s strike rate of 143.58 helped India to reach a big total again.

After scoring 25 off 17 while batting, Shardul put in a match-winning spell with three wickets while conceding 45 runs in his six-over spell. He broke a crucial partnership between Daryl Mitchell and Conway and also dismissed New Zealand captain Tom Latham for a golden duck.

What’s Next for both teams?

Both India and New Zealand will face each other in a three-match T20I series starting on January 27 at the JSCA International Cricket Stadium Complex in Ranchi.