Ishan Kishan excited after being included in India’s Test squad 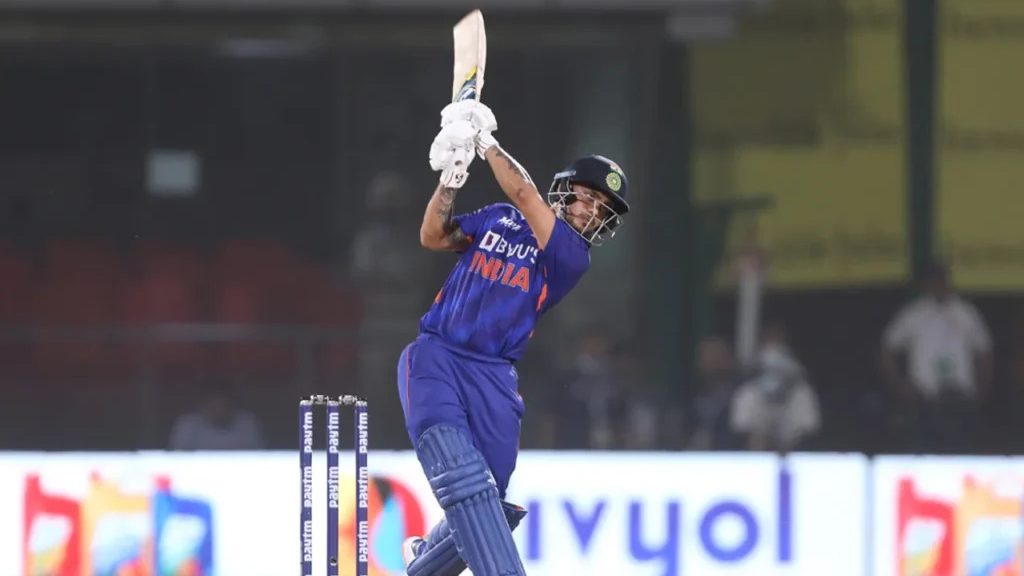 The young India batter, Ishan Kishan has expressed his thoughts after being included in India’s Test squad for the upcoming Border-Gavaskar series commencing from February 9, 2023.

On January 13, the Board of Control for Cricket in India (BCCI) had announced the squad for the upcoming white-ball series against New Zealand, followed by a 17-man unit for the first two Tests against Australia. Kishan has made it to all three squads, courtesy of his impressive form in recent times.

Will You Open Test Innings With Boundary Too?: Ishan Kishan gives a smart answer to ‘anchor’ Shubman Gill

In a video posted by BCCI’s official Twitter handle, Kishan engaged in an exclusive interview with fellow teammate, who turned anchor for the chat, Shubman Gill. He spoke about his excitement in making it to the squad of the game’s purest form, and that his father always stated that it is Test cricket that is the most important format and the ‘real deal’.

“I am very happy. Whenever I was doing well in white-ball cricket my father used to say that Test cricket is the real deal. He says that Test has the real challenges, it tests the skills of batters and it is a big thing to play Test cricket,” Ishan said in the video. “I am very happy to make it to the Test team, because people perceive it as the real game. I will try hard to do well,” the 24-year-old further added.

Interestingly enough, Kishan stated that he started his innings in both ODI and T20 formats with a boundary. In the same vein, Gill asked Kishan, Is he intending to do the same in the longest format as well? To this Kishan replied that he would look at the game from the team’s perspective.

The wicketkeeper-batter explained in detail, “I come in to bat at No 6 in Tests. In that case, I need to read the situation first before going for any big shot. If the team is not in a good situation and I make any mistake, it will let the team down. Without thinking about fours and sixes, it’s more important to bring your team to a comfortable position.”

Here is the video of their conversation :

Earlier during the Sri Lanka series, Shubman Gill was preferred for the opening slot despite Kishan’s heroic innings against Bangladesh. The magnitude of his innings can be understood with the fact that the southpaw beat Chris Gayle’s record for the fastest double century in ODI history. However, India skipper, Rohit Sharma, emphasised on giving Gill a long run owing to his consistent performances in recent times.