KL Rahul and Athiya Shetty tie the knot in Khandala 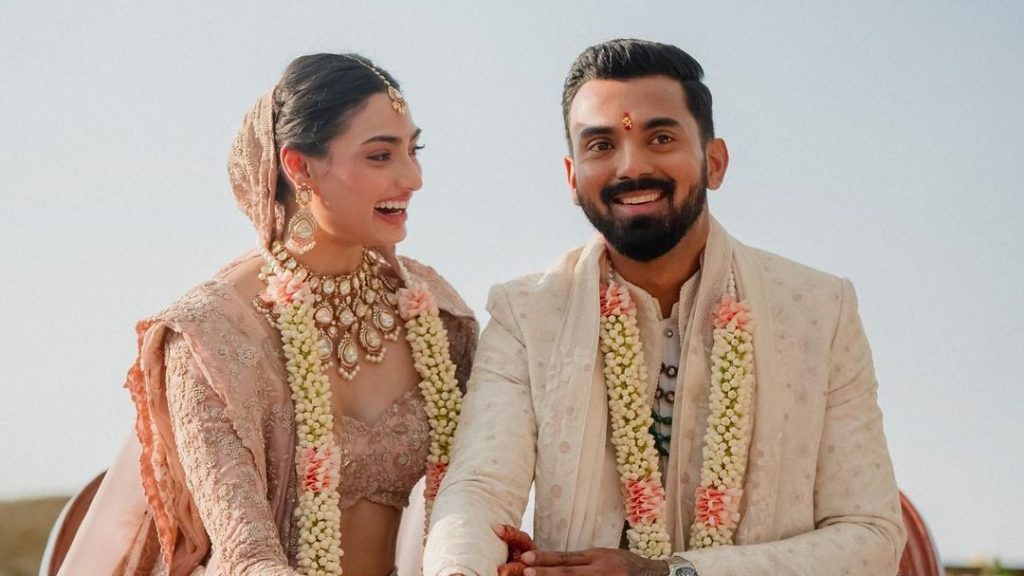 Indian cricketer KL Rahul and Bollywood actress Athiya Shetty tied the knot in the presence of close family members and friends in the Shetty’s residence in Khandala, Mumbai on Monday, January 23.

The marriage was an extremely intimate affair, with a strict no-phone policy. The couple got hitched after being in a relationship for three years.

Journey of togetherness: KL and Athiya thank family and friends in marriage ceremony

“In your light, I learn how to love,” Athiya and Rahul posted the caption along with some beautiful pictures from their wedding, while taking to their official Instagram handle.

They posted a heartwarming message along with the pictures, thanking family and friends for sharing their happiness. They now prepare to embark on a new journey afresh.

“Today, with our most loved ones, we got married in the home that’s given us immense joy and serenity. With a heart full of gratitude and love, we seek your blessings on this journey of togetherness,” the post read.

He further remarked very wittingly that though he is a new father-in-law. But, shetty always took immense pride in being a good father, as he was confident to carry out his duties very well.

Suniel Shetty and son Ahan also distributed sweets to the media people who were stationed there.

On an ending note, though note elaborating much, when asked about the post wedding reception, Shetty gave a short reply, “Definitely I think post IPL.”