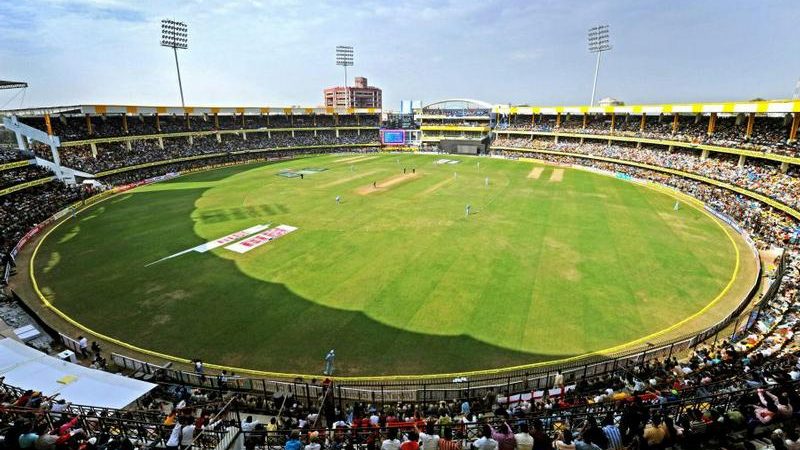 After thrashing New Zealand by eight wickets in the second one-dayer and sealing the series 2-0 at the new venue Raipur, India lock horns with the Kiwis in the dead rubber third ODI on Tuesday, January 24 at the Holkar Stadium in Indore. The Blackcaps, who are without their premier players like regular skipper Kane Williamson and the experienced pace duo of Tim Southee and Trent Boult, got bowled out for a paltry 108 in the last match.

Raipur became the 50th venue to host a one-day international in India. Indian pacers were on song as they dismantled the Kiwis top-order. Mohammed Shami won the Player of the Match award for his spell of 3/18 (6). The action now shifts to Indore, which has been a happy hunting ground for the Men in Blue in the past. The Asian giants have played five games at the venue and won all of them.

The stadium is special for former Indian opener Virender Sehwag, who brought up his maiden double-century in ODIs against West Indies back in December 2011. The destructive batter smashed 219 off just 149 with 25 fours and seven maximums, as India put a massive total of 418/5 on the board eventually winning the encounter by a huge margin of 153 runs.

The stadium hosted its first-ever match in the year 2006 when India defeated England by seven wickets. The last one-day international took place in 2017 when India last beat the Aussies by a five-wicket margin. Chasing a target of 294, Ajinkya Rahane, Rohit Sharma, and Hardik Pandya all struck their respective half-centuries to seal the deal for their side. ODI cricket finally returns to Indore after a gap of five years with India looking to make it six out of six at the venue against the Williamson-minus New Zealand side.

India’s results in ODIs at the Holkar Stadium, Indore: