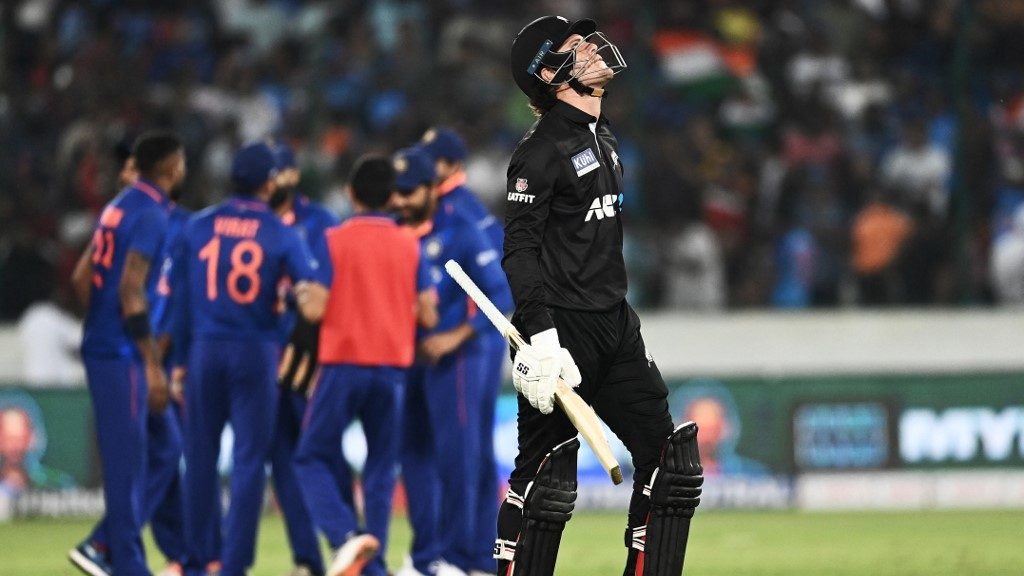 Following a humiliating defeat at the hands of India at the Shaheed Veer Narayan Singh International Stadium in Raipur, New Zealand have slipped to the number two position in the latest ICC Men’s ODI Team Rankings. Meanwhile, England have earned a promotion and are currently leading the charts.

Before the start of the second ODI, the Black Caps were at the top of the table with 115 points. England were in the second position with 113 points while Australia were third with 112 points and India were placed fourth with 111 points. The entire complexion changed after the second ODI as India are now third on the table, with England and New Zealand being the top two respectively.

The Men in Blue absolutely dominated the Tom Latham-led side as they won the second ODI by eight wickets. Asked to bat first, the Kiwis struggled to get going as India’s pacers were all over them. Ace pacer Mohammed Shami gave the Rohit Sharma-led side a perfect start by dismissing Finn Allen in the first over itself. The man-in-form Mohammed Siraj joined the party later as he dismissed Henry Nicholls for 2.

Courtesy of India’s brilliant start, the New Zealand team was always on the back foot and was dismissed for only 108 runs. Shami was the star with the ball as the pacer clinched three important wickets and was also adjudged the Player of the Match.

Coming to the run chase, the Indian batters scaled the total with absolute ease. Skipper Rohit Sharma was brilliant right from the start as he hit a magnificent half-century. However, he failed to remain unbeaten and was dismissed by Henry Shipley in the 15th over. Shubman Gill (40*) stood tall at the other end and managed to finish the game as India chased the total down in 20.1 overs.