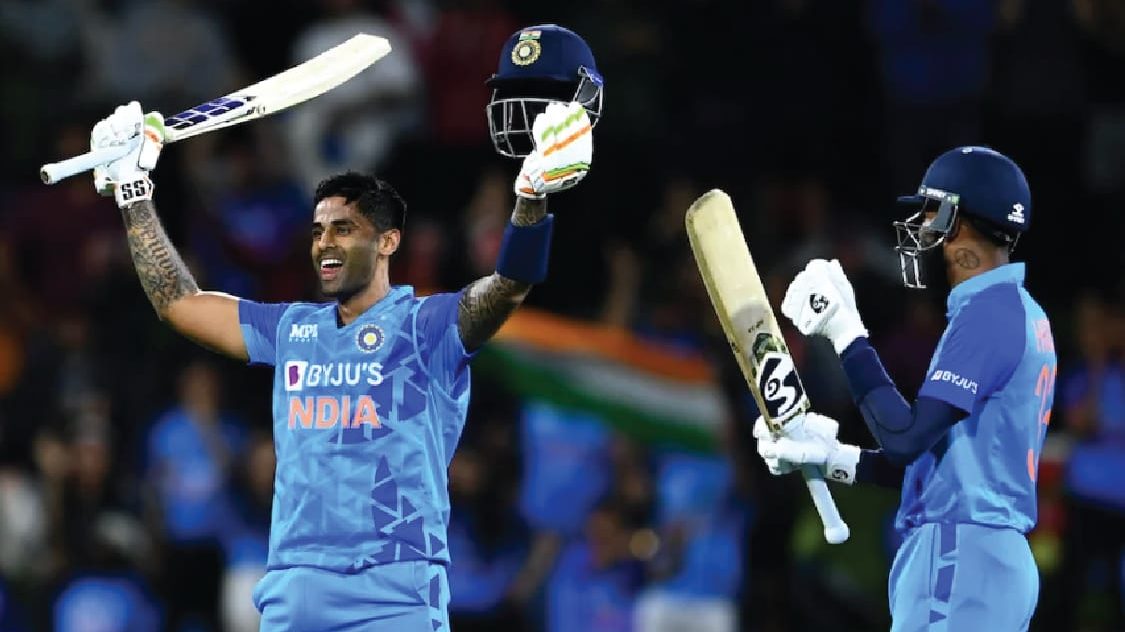 India registered a big win in the second T20I match against New Zealand to take a 0-1 lead in the three-match T20I series on Sunday (November 20). The world no.1 batter Suryakumar Yadav smashed his second century in T20I cricket to help India score 191/6 and then the bowlers bowled out the Kiwis for just 126 to record a comprehensive 65-run win.

New Zealand skipper Kane Williamson won the toss and elected to bowl first at Bay Oval. India started with a new opening pair of Ishan Kishan and Rishabh Pant. But Pant continues to struggle as he was dismissed on just six runs in the sixth over. Rain interrupted the game after the powerplay overs but the game resumed soon without a reduction in overs.

Ishan managed to score 36 runs but struggled for the big shots with a poor strike rate of 116.12 and was caught out on Ish Sodhi’s delivery in the tenth over. India also lost Shreyas Iyer on just 13 runs in the 13th over but the in-form Suryakumar continued his red-hot run with a lone fight from the other end.

He formed a crucial 82-run partnership with Indian captain Hardik Pandya for the fourth wicket. He smashed unbeaten 111 runs off just 51 balls with the help of 11 fours and seven sixes. Veteran pacer Tim Southee grabbed a hat trick in the last over to restrict India on 191/6.

Experienced medium-pace bowler Bhuvneshwar Kumar dismissed young opener Finn Allen on a duck on the innings’ second delivery to give India a bright start. The in-form Williamson and Devon Conway then put in a 56-run partnership for the second wicket to keep Kiwis in the game.

The young Indian spin all-rounder Washington Sundar broke the partnership with Conway’s big wicket in the ninth over and post that New Zealand batters failed to make a comeback. Indian spinners bowled economical spells and never gave a chance to Kiwi batters to make an impact in the middle overs.

Williamson scored 61 runs off 52 balls before getting out in the 18th over but Deepak Hooda grabbed three wickets in the next over to bowl out New Zealand to 126 in 18.5 overs. Hooda also proved India’s best bowler with four wickets while conceding just 10 runs while Chahal and Siraj took two wickets each.

Top performers from the match:

The in-form batter smashed unbeaten 111 runs from just 51 balls with the help of 11 fours and seven sixes at a strike rate of 217.64 to win the player of the match award. This was his fourth fifty-plus score from his last six T20I innings.

New Zealand skipper stood firm against Indian bowlers and scored 61 runs off 52 balls with the help of four fours and two sixes but he didn’t get much support from his teammates while chasing a big target.

What’s next for both teams?

Both New Zealand and India travel to Napier for the third and last T20I match scheduled at McLean Park on Tuesday, November 22.