On this day in 2016: Maiden BBL title win for Sydney Thunder 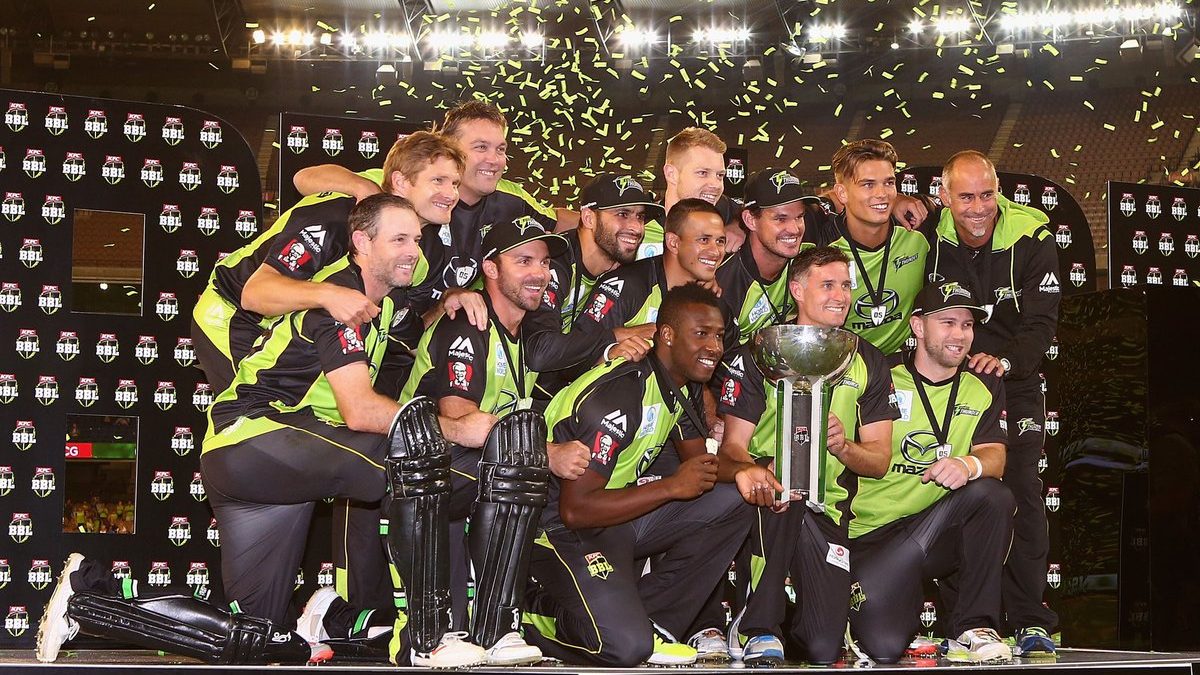 On this day in 2016, Big Bash League (BBL) franchise Sydney Thunder clinched their maiden title in Australia’s top-tier league since its inception in 2011-12. Dressed in lime green, the franchise prior to the 2015-16 season did not stand a chance as they never came this close to the title.

On the opposite end of the spectrum, cross-town rivals Sydney Sixers had already cinched one title, lifting the trophy in the inaugural edition. After enduring dismal outings in the previous seasons, their fate took a massive turn for the good in 2015-16 campaign.

Led by the great southpaw Michael Hussey, the franchise concluded the league phase fourth on the points table, having won four and lost as many. Just merely able to make a spot in the last four, the Thunder put up a dominating performance against Adelaide Strikers in the semi-final and booked their tickets for the summit clash of the event.

24th January is a date that will forever go down in history and be relished by the Thunder fans as the side put a halt to their dismal outings from the previous seasons and clinched the title. Facing a strong Melbourne Stars XI, who put up a rather competitive total of 176 runs in their 20 overs of the contest, the Thunder responded well in the chase, with opener Usman Khawaja smashing 70 off just 40. He stitched an 86-run partnership with Jacques Kallis to lay a solid foundation in their chase.

Melbourne’s Marcus Stoinis racked up three wickets in the second innings. Requiring 14 from 12 balls, Chris Green drilled one over cover for a boundary followed by Ben Rohrer guiding the side to complete the final act with a maximum. The winning skipper Hussey got the perfect send-off as the side clinched its first BBL title.