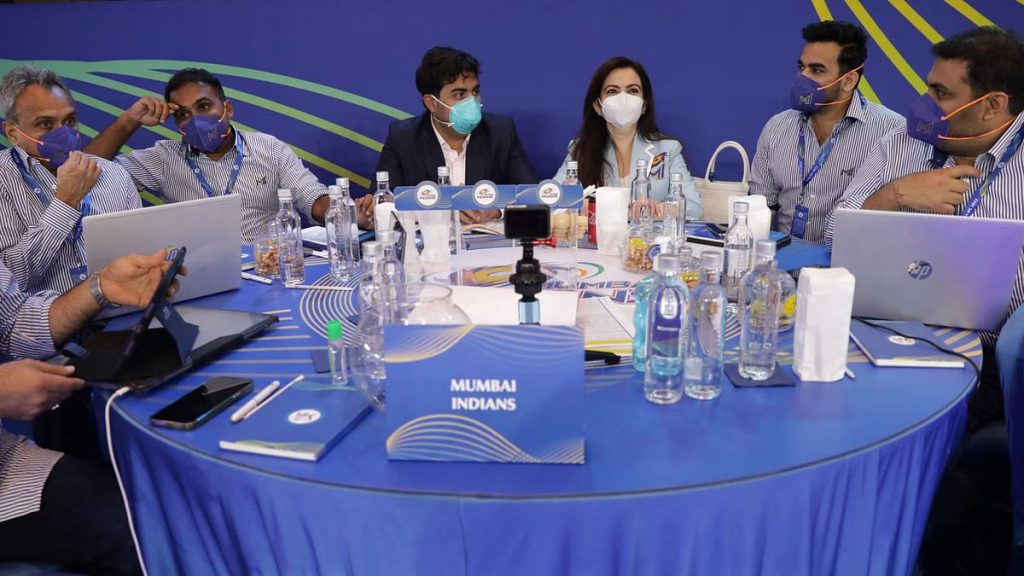 Five-times IPL champions Mumbai Indians are reportedly in line to purchase a women’s IPL team in order to expand their franchise even further.

Mumbai Indians own franchises outside the IPL as well

The Ambanis, who are one of the giants of the business industry and also the proud owners of Mumbai Indians might bag a team in the WIPL and further their dominance in franchise cricket.

Apart from Mumbai Indians they own MI Emirates in the ongoing ILT20 and are also in charge of MI Cape Town in the ongoing inaugural edition of the SA20. If reports from Cricbuzz are to be believed MI at the moment are the front-runners to purchase a team in the Women’s IPL too.

The upcoming days will be big for women’s cricket in India as a clear picture will emerge as to who all are actually interested in investing in the WIPL big time.

It is obvious that some big corporates will be among those given that the Board of Control for Cricket in India (BCCI) has imposed a net worth clause of INR 1000 crore. There is heavy speculation on two of the biggest corporates of India and the world – the Ambanis and the Adanis – and the proceedings on January 25 could confirm the same.

Speaking about the big corporates, very surprisingly, however, while the Ambanis are reportedly showing great interest in the WIPL, their counterparts the Adanis are seemingly very quiet regarding the same. They have been living under the radar after perceived disappointment at the IPL auction where they fell short of landing the Ahmedabad franchise.