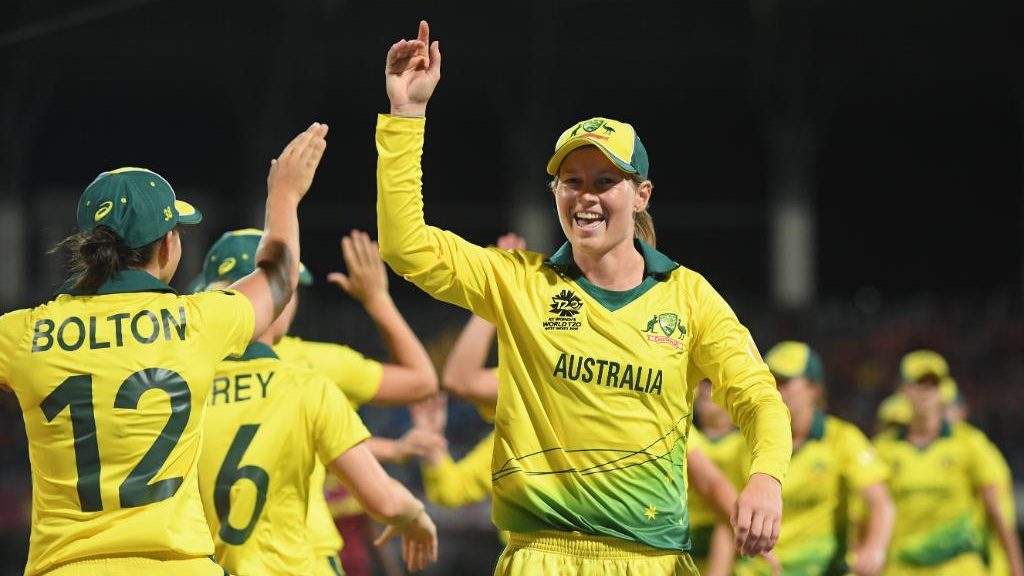 The Australian women’s cricket team are the most successful side in the history of the game with 12 world titles (seven WODI World Cups and five WT20 World Cups). Apart from these, they have also crowned the first-ever gold medallists in women’s cricket at the Commonwealth Games where they beat India by nine runs in Birmingham earlier this year.

Meanwhile, it was on this very day in 2018 that the Aussie women won their fourth WT20 world title.

Australia Women enjoyed a good campaign in the Caribbean with a heavy 48-run defeat against India being the only setback. Nonetheless, that setback proved to be a wake-up call for them just at the right time and there was no looking back for the Aussies.

The Meg Lanning-led side then steamrolled the West Indies by a comprehensive 71 runs on a rank-turner in the first semi-final to set up a title clash against arch-rivals England who overcame India in the other semi-final by eight wickets.

The two teams faced off in the summit clash at the Sir Vivian Richards Stadium in Antigua. English skipper Heather Knight won the toss and elected to bat first. Opener Danni Wyatt held on the England innings from one end as she witnessed wickets falling at regular intervals at the other end. She went on to score a valiant 43 runs off 37 deliveries before being dismissed in the 11th over.

Wyatt’s wicket turned out to be a huge blow for the English side and they could only manage to post a below-par total of 105 runs despite a fighting 25 from captain Knight. Ashleigh Gardner was the pick of the bowlers for the Aussies with figures of 3/22 from her four overs at an economy of 5.5.

In reply, Australia meant business right from the word ‘go’ and even though they lost their hard-hitting openers Alyssa Healy and Beth Mooney inside the Powerplay, the target was not an intimidating one as skipper Meg Lanning and Ashleigh Gardner ensured that there were no further hiccups and posted an unbeaten 62-run stand for the third wicket as the Australians got the job done by eight wickets with almost five overs to spare.

Lanning remained unbeaten on 28 runs while Gardner scored a 26-ball 33 as Australia lifted the Women’s T20 World Cup for a record fourth time.